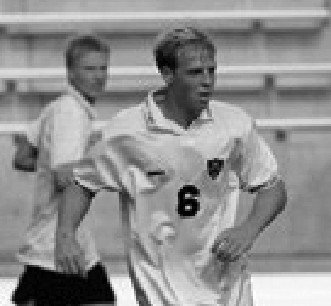 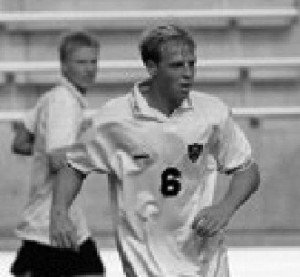 It was a beautiful and crisp October day at Lourie-Love field. The pitch was in immaculate condition and the trees framing the scene were boasting their magnificent fall colors. The football team had just lost to Harvard and the fans were now pouring through the gates to watch the soccer teams battle. It was a late afternoon tap and the crowd was really beginning to swell. We were in the middle of our warm-up, the same routine before every game, but something felt different this time. As they announced the starting line ups, the emotions started to overcome me. I can remember standing in line in the middle of the field as the national anthem commenced. With my hand over my heart, I looked to my right and spotted my family and friends. As I glanced towards the bench, I saw my teammates and coaches, each one of them preparing for the game as if they were starting. I looked down at my shirt and focused on the shield. That is when it hit me … I was representing Princeton University.

Playing soccer at Princeton is so much more than playing soccer. It is a process of learning about yourself. Seeing how far you can push yourself and how can you get the best out of your teammates. It is about being honest with your coaches and your teammates both on and off the field. It is about caring enough about those around you to say the hard thing if it will help move the group forward. It is about having the courage to set an example and demand more from your friends. It is about listening to their dreams and frustrations and sharing your own. It is about being part of something that is so much bigger than you. It is about setting goals and holding each other accountable so that you can accomplish something great.

Most Princeton students refer to the distinguished lecturers or stimulating precepts when reminiscing about the lessons learned during their four years there. Not to minimize the impact of such a dynamic education, but I learned an equal amount about myself and others as a result of our team. The lesson that came through the loudest was to never take one play for granted. My good friend, Justin Kerr, was having a break out sophomore campaign after rarely traveling freshman year. To all of our disappointment, Justin hurt his knee about eight games into the season and he would never play another play. In a matter of a moment, soccer was taken away. I can remember heading out to practice, a year later, in the pouring rain after hardly sleeping the night before because of my academic workload. The last thing I wanted to do was go out in the rain and exhaust myself for two hours. As I was feeling bad for myself and complaining to Walker (Wright), he looked at me and said that Kerr would give anything to be out here in the rain. Walker was honest with me like he would be honest with his brother. No egos, no hard feelings. Just a group of guys who love the game and love fighting for each other.

It is a blessing and an absolute privilege to wear the shield and represent Princeton. Don’t take it for granted. Enjoy the tough practices, the long bus rides and even the close losses. You never know which touch will be your last.