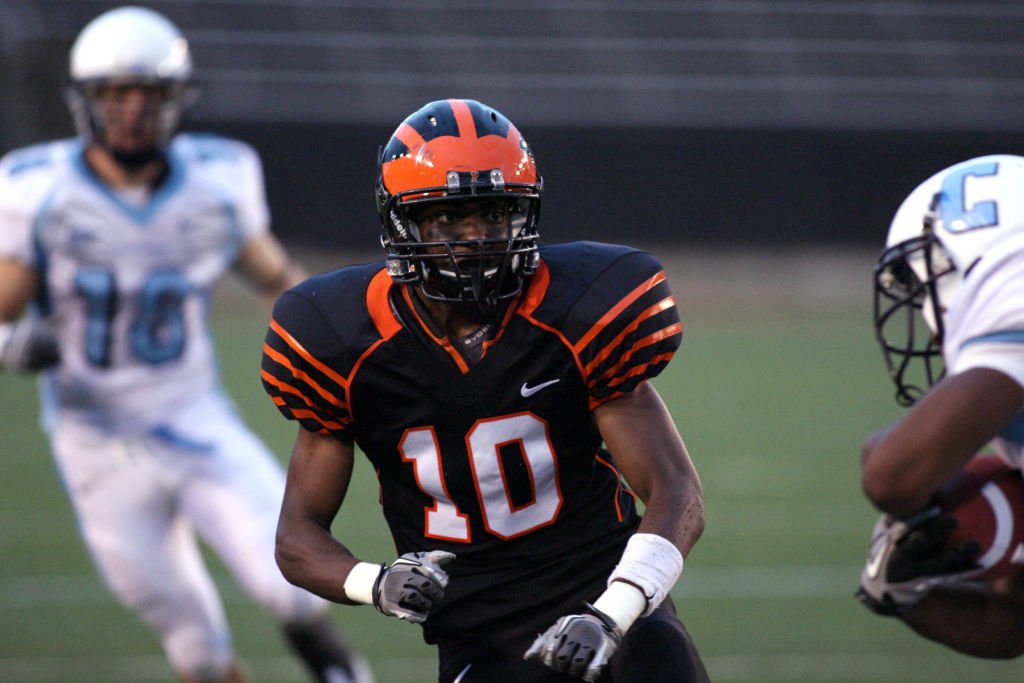 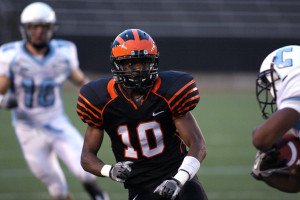 During practice on Tuesday, October 9, 2012, football player Khamal Brown ’16 was showing symptoms of a head injury, although the injury was not the result of a collision. Mandela Sheaffer ’13 noticed Khamal was having memory trouble and seemed to be struggling, so he took swift action by immediately bringing his teammate over to the University’s Director of Athletic Medicine Services, Dr. Margot Putukian. After assessing the situation, Dr. Putukian made the lifesaving decision to direct the ambulance to transport Khamal to the Bristol-Myers Squibb Trauma Center at Capital Health Regional Medical Center in Trenton, N.J, where emergency neurosurgical capabilities are available. An arteriovenous malformation, which is a tangle of blood vessels connecting to arteries, had ruptured and sent blood pooling into his brain, also known as a brain aneurysm. It was later determined that Khamal was likely born with the rare condition, which affects 300,000 people in the United States. Some never know they have it. Others are diagnosed after they experience seizures or bleeding in the brain, like Khamal.

While on campus, Mandela Sheaffer ’13 served as a Student-Athlete Wellness Leader (SAWL) representing football. SAWLs support healthy lifestyles among student-athletes using a peer helper model. Chosen by their varsity teammates, SAWLs serve as role models in noticing and responding to peers in need of support. They are trained in leadership skills, equipped with campus resources and learn effective ways to improve their teams and the larger Princeton community. This program is sponsored by Princeton University’s Department of Athletics and University Health Services.

CAN YOU DESCRIBE YOUR DECISION TO BECOME INVOLVED IN THE STUDENT-ATHLETE WELLNESS LEADERS (SAWL) PROGRAM?

MANDELA: Helping people and being empathetic to people’s needs, especially my teammates and peers, has always been a passion of mine—so the SAWL program was a perfect fit. I’m grateful that I was given the opportunity to serve as a SAWL leader because of my student-athlete status. This program enabled me to use the lessons I’ve learned from my football coaches and apply it to everyday life by helping fellow Princeton students.

CAN YOU DESCRIBE SOME OF THE MAJOR ITEMS YOU LEARNED FROM YOUR STUDENT-ATHLETE EXPERIENCE AND AS A SAWL?

MANDELA: Sometimes people want help but don’t know how to ask for it. The SAWL program taught me how to be proactive in seeking help for myself and others when it was needed even if seeking help was not the easier decision. As a student-athlete, you learn to treat your teammates like family, and our relationships become deep-rooted both on and off the field.

CAN YOU DESCRIBE THE CHAIN OF EVENTS THAT OCTOBER DAY WHEN YOU HELPED KHAMAL?

MANDELA: After a non-contact drill Khamal had mentioned his head was killing him. I told him to tell Coach and he sat out the rest of that period of practice. Unfortunately, from then on his symptoms started declining more rapidly, and my teammate Tom Moak ’13 also noticed so he made sure I kept looking out for Khamal. Most of us, including Khamal, thought he had a concussion but we had no idea what could have caused it since he hadn’t endured any impact. Within a matter of minutes Khamal was forgetting conversations he had 10 seconds previously and started panicking. At that point I just grabbed his arm and walked him over to Dr. Putukian.

DR. PUTUKIAN: The SAWL program was developed so that our student-athletes could learn how to broaden leadership skills, recognize situations when someone needs help, and take the responsibility to “step up” and intervene in these difficult situations. By immediately bringing Khamal to me to be evaluated in a situation where every minute was crucially important and potentially life-saving, Mandela did exactly as taught by acting swiftly to help Khamal.

WHY DO YOU THINK YOU REACTED THE WAY YOU DID TO HELP KHAMAL?

MANDELA: Brain injuries hit close to home for me, and with Khamal’s state, I just sensed something was way off, as did my teammates. The way his condition deteriorated so quickly in a matter of minutes was scary for all of us. Oftentimes as athletes, there is a resistance to get help when we need it because we put so much pressure on ourselves to perform well and we don’t want to disappoint our coaches and teammates. I had to break out of the “athlete-mode” for a few minutes and be logical about getting Khamal the help he needed—I think I can attribute that to the SAWL program.

HOW DO YOU FEEL TODAY ABOUT YOUR HEROIC ACTIONS THAT DAY?

MANDELA: At the time of the incident, I was worried by the seriousness of his condition just like my fellow football teammates and coaches. We all feel very lucky that he is okay and will recover. I am thankful for all that I’ve learned about the importance of being a good teammate, helping one another, and being proactive in difficult situations—all lessons I learned in my time as a student-athlete and SAWL leader.

KHAMAL: I am very thankful that Mandela was proactive with me that October night. Sometimes it’s easy to get caught up in your responsibilities and duties on the team and on the field and think less about what others around you are doing. He showed he is a true leader in every sense, a great teammate, and an overall courageous person.

A year after the incident, Khamal reports he is on the road to recovery and getting close to 100 percent. He is the student manager of the Football team for the 2013 season.