Four Tigers Named Finalists for the Class of 1916 Cup 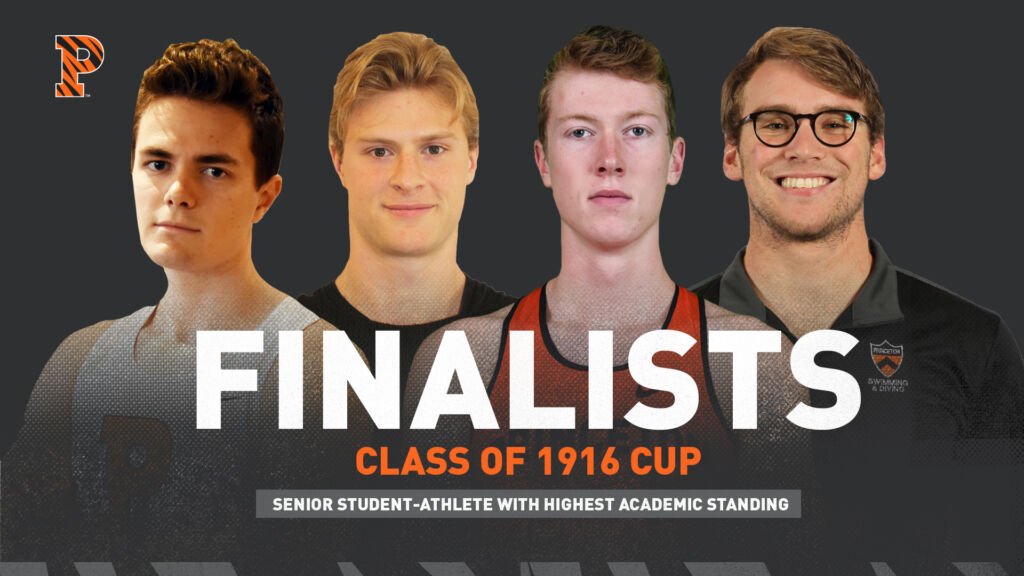 Four Princeton student-athletes have been named finalists for the Class of 1916 Cup, which is presented annually to the Princeton varsity letterwinner who achieved at graduation the highest academic standing. Given by the Class of 1916 on the occasion of its 50th reunion.

The Class of 1916 Cup will be presented at the virtual Gary Walters ’67 Princeton Varsity Club Awards Banquet on Thursday, May 13th starting at 8:00 p.m. EST. For more information on the 2021 banquet, click here.

Samuel Breckenridge is an electrical engineering major on the Princeton men’s lightweight rowing team. Breckenridge rowed in both the 2V and 3V during the 2018 season, helping to lead the third varsity eight to a gold medal at the Eastern Sprints. The men’s lightweight program returned to the water late this spring, where Breckenridge saw action in the first varsity eight boat that outpaced Temple by nearly 20 seconds. Breckenridge, from Geneva, Switzerland, serves on campus as a tutor in the Princeton Writing Center in addition to his athletic and academic pursuits. He spent last summer working as a software engineering intern for Arbor Networks.

Arthur Markley is an economics major pursuing certificates in finance and political economy. A freestyle and butterfly specialist on the men’s swimming and diving team, Markley has scored in three different events at the Ivy League Championship meet, and earned CSA Scholar-Athlete honorable mention during his career. From Lancaster, Pa., Markley serves on campus as a teaching assistant in the department of Economics, and as an undergraduate associate in the Griswold Center for Economic Policy Studies. He is also a member of the Varsity Student-Athlete Advisory Council (VSAAC), where he has been involved in both the “All Stripes One Streak” initiative focused on campus inclusivity and “No Tiger Too Tough,” a campaign to eliminate the stigma around mental health.

Joe Sartini is a cross country and middle distance runner for the Princeton men’s track & field/cross country program. He is majoring in Operations Research and Financial Engineering. Sartini scored for the Tigers at both the indoor and outdoor Ivy League Championship meets in 2019 as a member of the 4 x 800 meter relay. Both meets saw Princeton claim the Heps team title. Hailing from Bryant, Ark., Sartini has worked as an Undergraduate Research Assistant on campus, aiding the development of software systems for Transportation Systems Analysis. He is currently working with a team at the University of Arkansas to develop software tools and mathematical models for use in an Integrated Systems Engineering study.

Oliver Schwartz is a computer science major and member of the Princeton men’s heavyweight rowing team, having seen action in both the third varsity and fourth varsity boats. In his first two seasons, Schwartz helped lead two different boats to silver medals at Eastern Sprints. He is an Academic All-IRA honoree. Schwartz, a native of Sydney, Australia, is the President of the Princeton Chapter of the Tau Beta Pi Engineering Honor Society. He was previously awarded Princeton’s prestigious Shapiro Prize for excellence in academic pursuits. Off the water, Schwartz serves as a teaching assistant for several courses in the computer science department. He spent this past summer as an investment engineering intern for Bridgewater Associates, where he plans to work full-time following graduation.