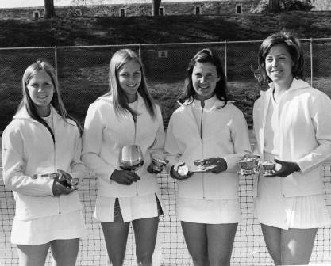 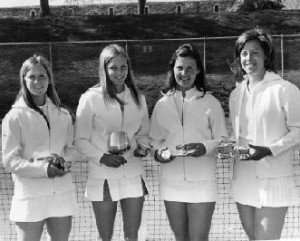 Princeton became my “foster” home during one of the most difficult times of my life, and at the same time a stepping stone on my intellectual journey.

I left Czechoslovakia 5 days after the 1968 invasion by Warsaw Pact Army – tanks were stationed in front of my house with angry citizens raising their fists up toward the bewildered Russian soldiers who had thought they would be greeted with flowers. Quietly, my mother and uncle escorted me and my brother to the train station and bid us farewell. My brother, however, was taken off the train at the border, I made it out…

A year later Princeton turned out to be my home away from home and the family of Professor James H. Billington took me in and embraced me as a member of their family. Princeton University accepted me as a transfer student only days after I had received a letter from my government that I was being tried in absentia for not having returned within the exit permit deadline.

My time at Princeton University was filled with feeling of euphoria, hard work, intellectual challenge, and also observations that often left me puzzled. While behind the “Iron Curtain” we thought of the United States as the most progressive force in the world. I viewed equality and co-education to be a strong part of progress and could not understand the big fuss over girls and minorities on Princeton campus in 1969. I was shocked when I heard that my roommate (who graduated cum laude in 1973) was sometimes ignored in her science classes or labs not only by her male classmates but even her professors because she was of the “wrong” gender!

My own, personal experience, however, was wonderful. No matter which course I took I found great support, advice, guidance, and compliment. Particularly helpful were all my professors in the Slavic Department. They knew and understood my educational and social background and they lead me to free thinking rather than just “quoting” what had been proclaimed by somebody else. They and the Billingtons helped me liberate myself of the stigma that I must do and say what is dictated to me. They helped me become myself – MANY THANKS!

Firestone Library with its magnificent volume of information provided me with hours and hours of research material. Day after day I left the building at midnight as the lights went out and the doors were locked. I also frequented the campus museum and galleries. Everything seemed so rich in content and close in proximity. I felt the adrenalin rising even while riding my bike across campus and observing the architecture or the seasonal changes of the trees.

Even though I could hardly afford more than four or five hours of sleep a day, due to the fact that I needed to expand my vocabulary through constant reading and studying, I also felt the need for physical exertion. I had been an athlete from childhood and I found the facilities at Princeton phenomenal. As a national tennis player in Czechoslovakia I did not have regular access to indoor facilities; we pushed snow off a concrete court to practice during winter seasons. In Princeton I was at awe with Jadwin Gym, where I could work out from 7 am to 11 pm. I searched for other female athletes and before long I was part of tennis and swim teams. In the morning I rolled out of bed, hopped onto my bike, and at 6 am I was under the training orders of coach Farley. In the afternoon I enjoyed the tennis work outs with fellow “gals and guys” under the watchful eyes of Eve Kraft and John Conroy. I was not a star swimmer but I took pleasure in “sweating it out” in the sport with many great people, some of whom later represented the US in the Olympics. I captained the 1971 team and Margie Gengler-Smith captained the 1972 team. Together we celebrated two undefeated seasons. I loved the team spirit and competition. This balance between the academia and athletics brought harmony to my spirit; it also inspired camaraderie with many superb individuals. I treasure that till today.

The discipline I developed through athletics helped me get through many tough situations in life. I am an avid supporter of “strong body and mind” and remain physically active. I also help many who neglected their physical wellbeing get back on track.

My “Princeton experience” did not end with my graduation. The years at Princeton were the first phase. I went on to Stanford for my MAT and then proceeded to teach in American Schools all over the world. I lived on five continents over a period of 20 plus years. Throughout those decades after I graduated I continued to absorb and contemplate what I had learned from my Princeton professors. …. Things started to make sense with time almost like wine gets better as it ages. Historical events began to fall in proper perspective and/or I began to see things in a more clear fashion. I realized the false information we had been given behind the “Iron Curtain” about world affairs and I reshuffled that information as I visited monuments to commemorate significant events that altered the world of today.

In 1996 I returned to the US and yet another phase of my intellectual process took place; a process that is still related to those first few years in Princeton. Only now I objectively understand the tumultuous time at which I arrived on US soil in the summer of 1969 – Woodstock; anti-Vietnam war demonstrations; ROTC riots, Kent State shooting; racial unrests, hippie sub-culture. I could not straightforwardly relate to those events then. I did not yet fathom the scope of profound changes that took place in America in the 1960s; only through literature and participation in various events I acquired deeper appreciation of what the society on this continent underwent while we, behind the Iron Curtain, were fighting for our freedom.

Simply said, Princeton grassroots will stay with me – for ever!