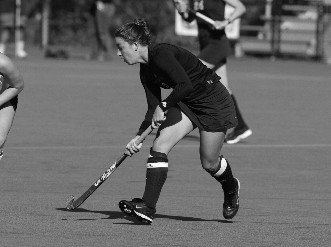 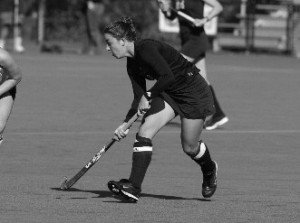 There are so many memories and experiences I will cherish from my four years as a varsity athlete. A particular game, the last one I played in a Princeton uniform, first comes to mind. It is a perfect example of teamwork, effort, and heart. Princeton field hockey hosted the first round of the NCAA tournament and played Duke, who was then ranked third in the country. Comparing strength of schedule, record, and sheer talent, we were no match. Games, however, are not won or lost on paper. Although we lost on a controversial call with one minute left in the second overtime, the game exemplifies Princeton student-athletes.

Participating in varsity athletics contributed to my academic successes. Practice was reinvigorating. Academic stresses would build throughout the day, and focusing on something I enjoyed and was passionate about allowed me the opportunity to return to studying with a renewed focus and clear-headedness.

Hard work, passion, team work, and heart define a Princeton athlete and distinguish them not only from other collegiate athletes, but also most students as they approach academics and the start of their professional lives.

Take advantage of the resources available to you. The Princeton Varsity Club lists invaluable information and contacts, all of whom want Princeton athletes to succeed in the fields of their choice. Just take a minute to contact an alum and talk. You will not regret it and I can almost certainly guarantee you will learn quite a few things about Princeton or the professional world.