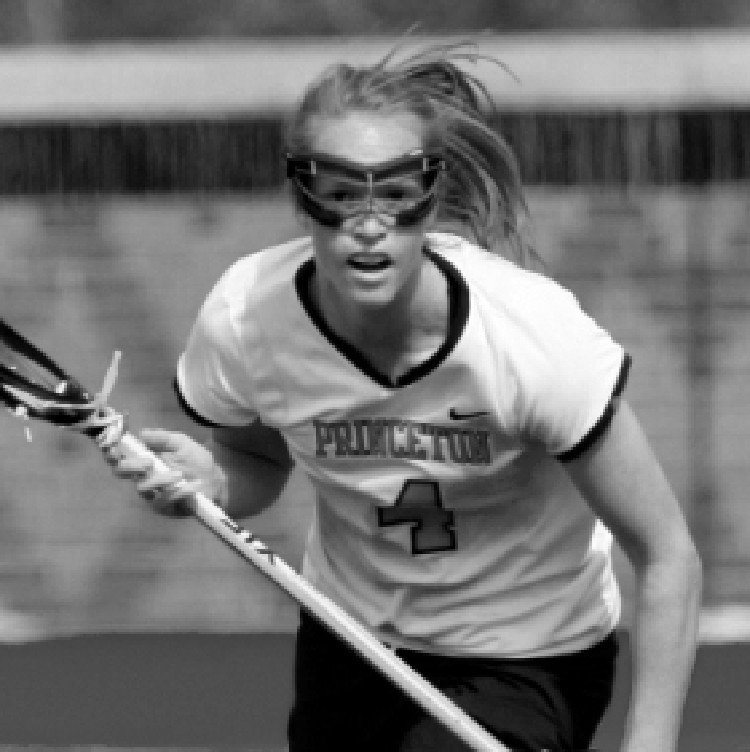 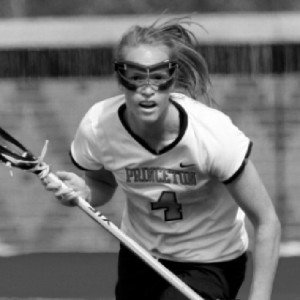 This is an excerpt from the 2009 PVC Senior Student-Athlete Awards Banquet.

I grew up in Long Island, a hot bed of lacrosse and developed a passion for the sport at an early age. In my Middle School yearbook, I wrote about how I aspired to come to Princeton and by my freshman year of high school, it looked like lacrosse would the ticket into my dream school. I hit a minor bump my sophomore year when I went down with an ACL tear. I took to the field again 5 months later ready to pick up right where I left off. Unfortunately only two weeks after my return, I went down again. I remember sitting on field, fully believing that infamous pop noise not only signaled another ACL tear but also the bursting of any hope I had of playing lacrosse as a tiger.

To my surprise, a phone call soon came from head coach Chris Sailer offering a spot on her team. Unbeknownst to her, or even me at the time, that one phone call has changed the trajectory of my life. Playing lacrosse here these past four years has been an incredibly rewarding experience. Under the tutelage of our talented coaching staff and surrounded by an amazing group of young women, I have transformed as a player and person.

Being a student-athlete has defined my experience at Princeton. My time here has been split between the classroom and 1952 stadium, between early mornings in the Jadwin pit and late nights in the depths of Firestone. The rigorous academic demands of Princeton made it clear that to be a successful student, I had to translate the qualities I utilize on the field—to apply the same discipline, work-ethic, and attitude toward improving to my work in the classroom. As a politics major, I have been able to enroll in courses taught by renowned political scholars and listen to guest speakers such as Kofi Annan and Condoleezza Rice. As a lacrosse player, I traveled to Australia to play the defending World Champions and I have found myself marked up against the best players in the country. That is what is amazing about our experience as Princeton athletes: although it certainly has not been easy, we have been able to achieve great success, both on the field and in the classroom. We have all been able to be students and athletes, without having to chose one or the other.

Of course, there have been moments when I was jealous of those students who don’t play a sport. Times when the last thing I want to do is sit on a bus for 7 hours after a devastating loss or during midterm week when there is just not enough time in the day to get everything done. Times when I dreaded trekking down to the weight room at 7 am on a snowy winter morning and times when I watched everyone gear up for a post-Dean’s Date celebration in Dod Courtyard as I headed down for practice. It was in those moments that I envied the average student; I envied their freedom and their extra hours of sleep.

But then there are those times when I wouldn’t trade being an athlete here for anything in the world. Moments that only other athletes can relate to and appreciate. Moments that may seem trivial to anyone else, but to a competitor, they are the times you’ve spent all year working for. Those precious moments of athletic triumph and complete exhilaration.

All of us have gathered a collection of these moments. I can close my eyes and I remember exactly how I felt when my team knocked off the number 2 ranked UVA in the first round of the NCAA tournament or our Dartmouth game this year when everything just seemed to click and our team looked unstoppable.

Over the past four years, I have witnessed some of your greatest moments. I remember the electrifying feeling of watching the women’s squash team win their National Championships, and when the football team’s win over Yale earned the entire school a bonfire. I remember watching the men’s hockey team defeat Harvard last year on ESPN and when the women’s volleyball team brought home the Ivy league title.

Those are the moments that athletes crave, and its our dedication to create moments like this that unites us together. It’s the feeling that gets you out to practice everyday, the one that pushes you to stay late and do extra sprints and the voice in your head that tells you to keep going even when you want to give up.

I’ve also come to realize that by being a Princeton tiger, I am apart of a tradition much larger than myself. With the simple action of putting on a uniform, we were all instantly accepted into the Princeton community of devoted alumni and avid fans. In being an athlete at Princeton, we became apart or something bigger than ourselves. Whether it be in the pool in DeNunzio the courts in Jadwin or on the ice at Baker rink, each one of has contributed to the legacy of success at Princeton.

When we look back upon our time as a Princeton athlete, our memory will be a collection of these moments. Because as time passes, we will forget how many sprints we ran, what our overall record was, or how many points we scored. What we will remember however, are the times when you turn to your teammates and relish in the glory of the moment, whether it be a major success or a minor triumph, it is the people we shared those moments with and the feeling in our hearts that will stay with us forever. We will close our eyes and picture ourselves in our respective venues and what we looked like with the “P” on our jerseys. I do not leave here without athletic regrets, after all I wanted a couple National Championship rings, but what I have learned however, is that the rewards of being an athlete at Princeton are not measured like this. Instead I leave here with a bundle of priceless memories. I think I speak for all of us when I say, I am most grateful for the moments when there was nothing else in the world I wanted more than a Princeton tiger.