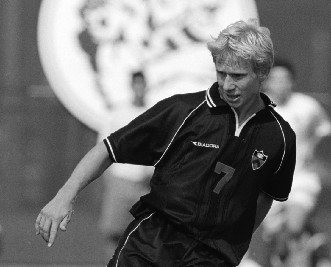 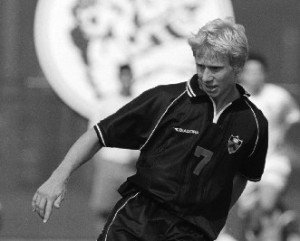 I don’t know if I can define Princeton Soccer or what it stands for. I can say that I probably would have given a different definition during each of my four years, and what I’ll say now probably isn’t exactly what I would have said the day I graduated. I do think, however, that almost every day I moved closer to how I feel now, and that the process is still continuing.

In a single word, I don’t think there’s a better one than opportunity. I’m sure you’ve heard it a hundred times already, but to be part of something like the soccer program in a place like Princeton is an amazing opportunity, the kind of which are few and far between in life. It’s both a blessing and curse that this opportunity occurs, for most of us, between the ages of 18 and 22. A curse because few people at that age can understand the values being put forth and the opportunities in front of them at that time in their lives, but ultimately a positive because to be able to live an experience of this magnitude in years that are truly formative means that its value will last indefinitely.

I also think it’s worth noting that you will spend more time as a part of the soccer team than you will on any single class, assignment, paper, exam, or even your thesis. That alone makes it an invaluable part of the process of learning. In addition to being the only “assignment” that lasts four years, it’s one where you have the opportunity to show up with the team and coaches throughout the week, in addition to what happens during matches. While there’s something comforting about putting certain classes behind you for good, or receiving a high mark for work well done, I would describe as invaluable the process of learning derived from four years’ worth of exertion where the results are cumulative yet each day is an opportunity to start anew.