PVC: A Decade In Review 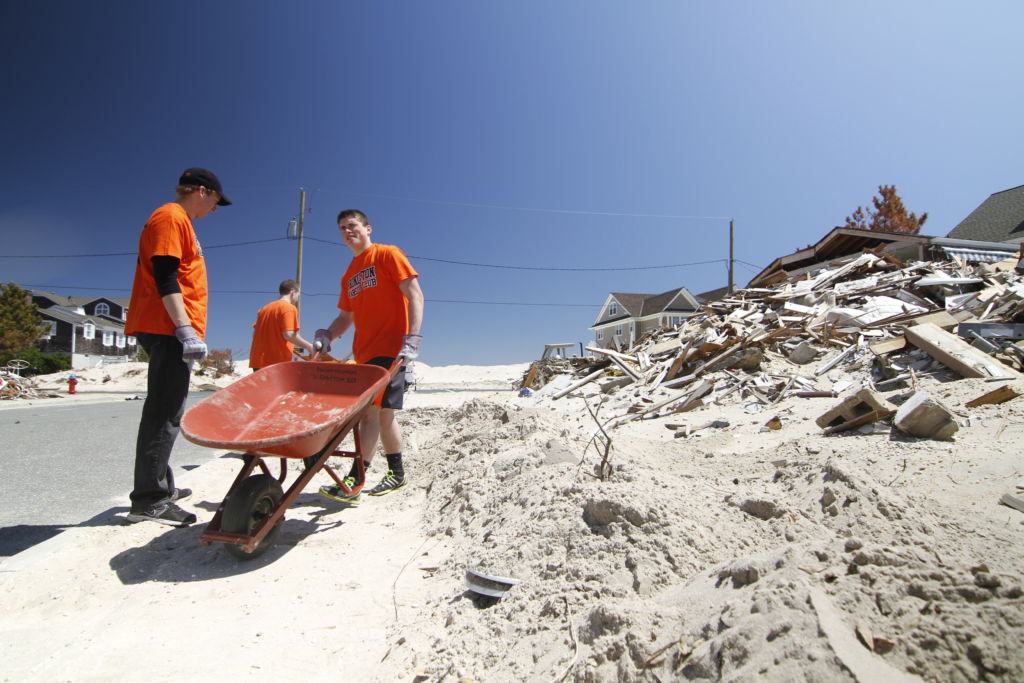 As we begin 2020 and welcome in a new decade, we wanted to take a look back at some of the Princeton Varsity Club’s highlights from the past 10 years, which your incredible support helped make possible.


The PVC began its Lifetime Member program in 2010. In the years since, we’ve welcomed 290 total Lifetime Members, including 43 this past 2019 year! Click here for more information regarding Lifetime Membership and how you can join this esteemed group of PVC supporters. All Lifetime Member gifts are used to support programming that benefits all 37 varsity sports and nearly 1,000 Tiger student-athletes, while also providing critical financial flexibility to the Ford family Director of Athletics to address the department’s top priorities. 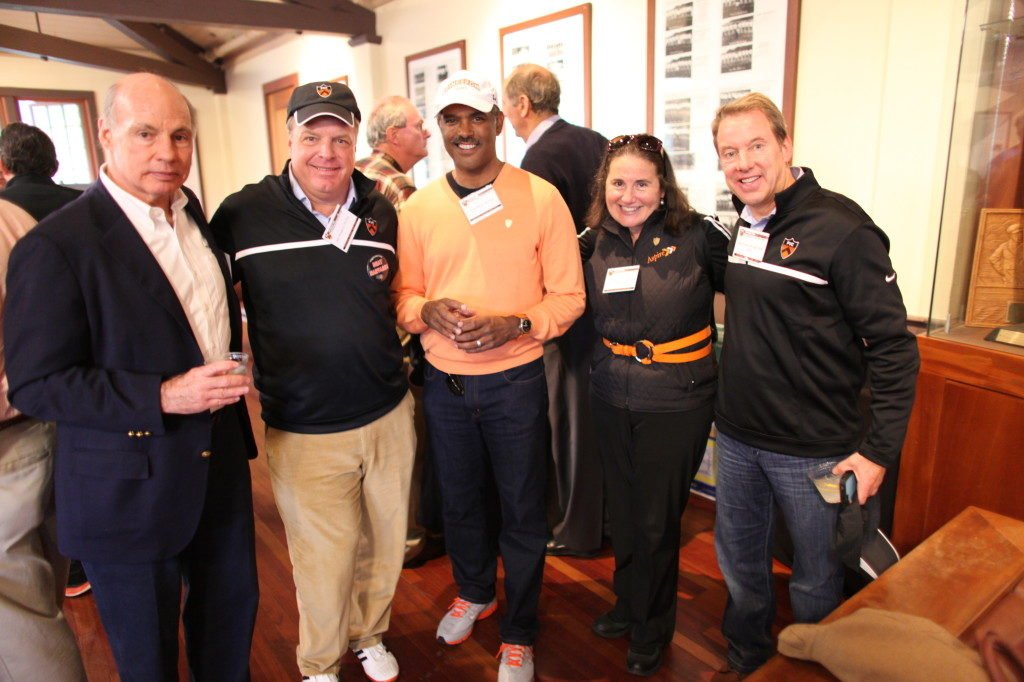 
The PVC implemented its Weapons of Mass Construction service series in 2010, and last spring hosted its 17th edition! Projects have included work with Habitat for Humanity in Trenton, jersey shore restoration following Hurricane Sandy, Mother’s Day Picnics in partnership with the HomeFront organization, to name a few. 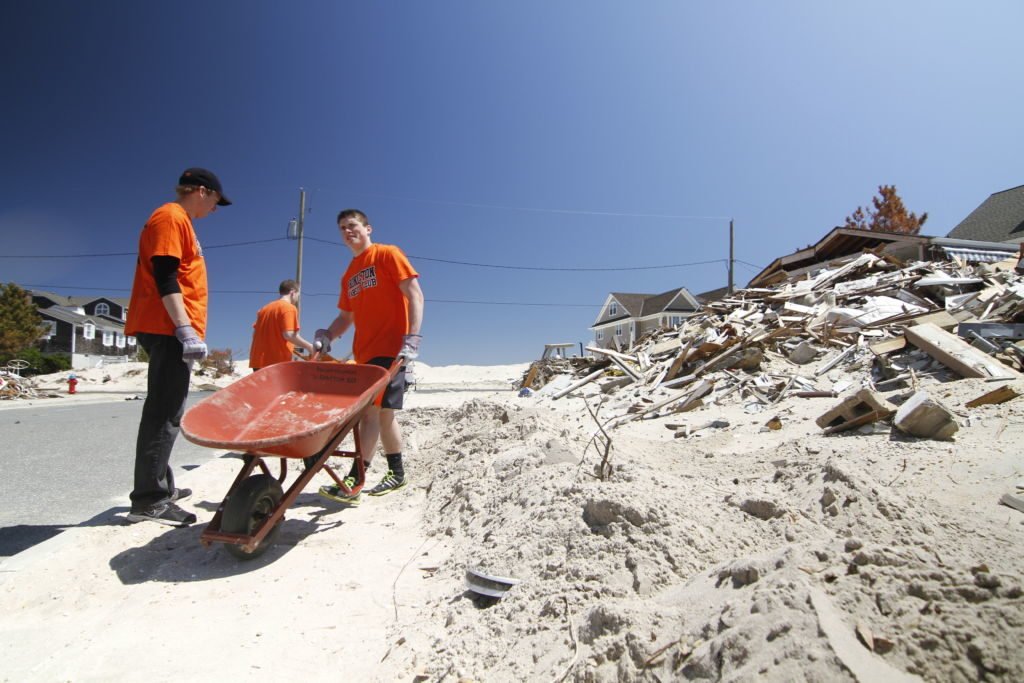 
The PVC launched its “Earn Your Stripes” initiative in 2013 to encourage young alums (less than 5 years post-grad) to stay involved and give back to Princeton Athletics. This past fiscal year saw more than 800 young alums Earn their Stripes by making a gift to their Athletics Friends Group or the PVC! Click here for more information about the program. 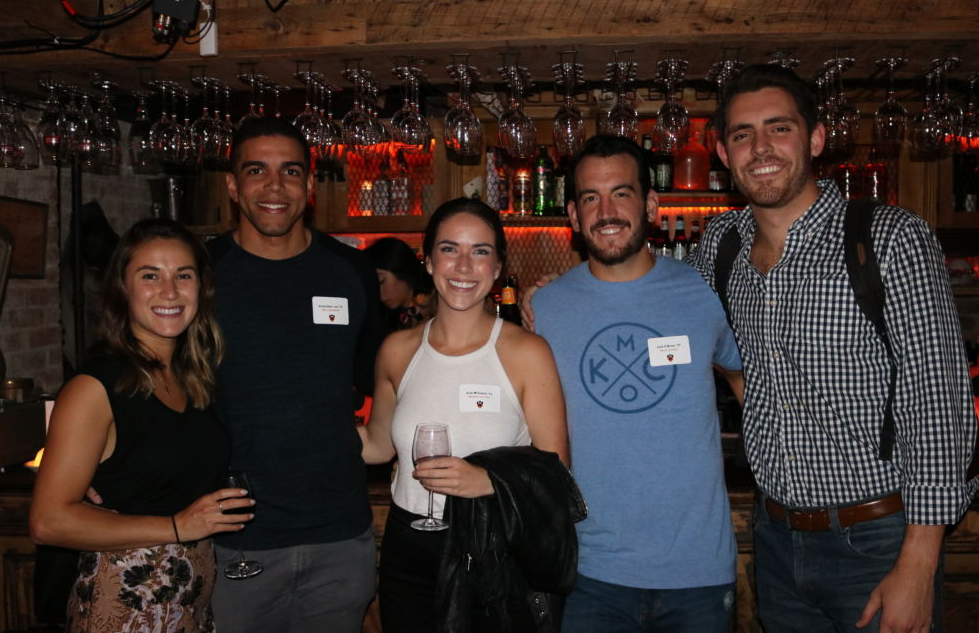 
TAGD, a 24-hour giving day for Princeton Athletics, was first implemented in 2014 with an initial target goal of 1,1500 donors on the day, leveraging $120,000 in Bonus Funds generously provided by the PVC Board of Directors to help drive respective day-of competitions. When it was all said and done, that first year saw Princeton Athletics raise more than $1.1 million across 7,300 gifts.  In the six years since, TAGD has continued to reach new heights, resulting in more than $13.2 million dollars raised for Princeton Athletics across nearly 40,000 gifts. To-date the PVC Board of Directors have contributed $1.1 million in PVC Bonus Funds to continue to drive the initiative. Thank you to our PVC members and all of Tiger Nation for the incredible year-over-year support! 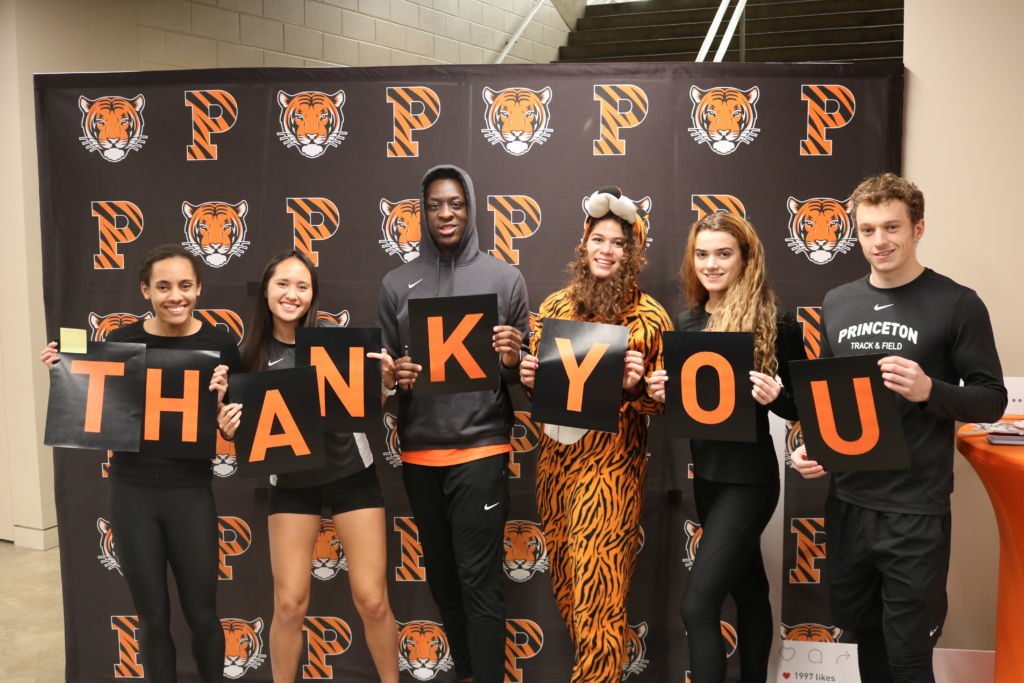 
The PVC first partnered with the Coach for College program in the summer of 2013, sponsoring student-athletes Isaac Serwanga ’13 (football/basketball/track & field) and Katherine Gerbert ’15 to participate in the program in Vietnam. The Coach for College program aims to increase higher education attainment among disadvantaged Vietnamese adolescents using the excitement of life skills provided by participation in sports-related activities. The program provides American college athletes with an intensive and collaborative service experience that engenders the skills needed to exercise leadership and commitment to positive social change.

Through its seven years with the Coach for College program, the PVC has helped to sponsor 45 Princeton varsity student-athlete participants. Click here to read more about Kazu Shigenobu ’22 (soccer) and his experience with the program in Vietnam this past summer. 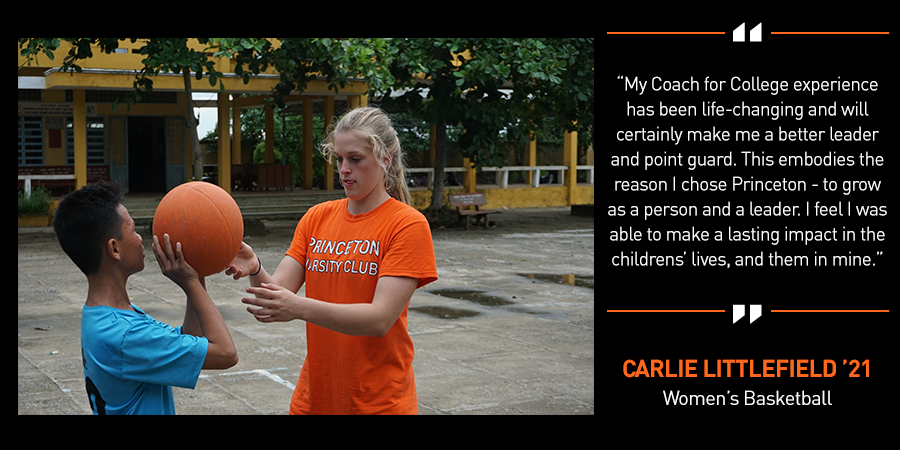 The Jake McCandless ’51 PVC Speaker Series began in 2004 and was endowed in the name of J. L. “Jake” McCandless ’51, who coached Princeton to the 1969 Ivy League football championship during the Tigers’ centennial year of football. The Jake McCandless ’51 PVC Speaker Series strives to bring speakers to campus who will engage the Princeton community in topics that reflect the educational values inherent in the intercollegiate athletics experience.

The past decade saw a number of incredible individuals address the campus community as part of the speaker series, including Larry Lucchino ’67 & Wyc Grousbeck ’83 of the Boston Red Sox and Celtics respectively, USWNT women’s soccer greats Julie Foudy and Kristine Lilly (pictured below), Major League Basbeall alumni Chris Young ’02, Ross Ohlendorf ’05, Will Venable ’05 and David Hale ’11 (pictured below), and blind adventurer Erik Weihenmayer, to name a few. Click here to read more about past featured speakers as part of the Jake McCandless ’51 PVC Speaker Series. 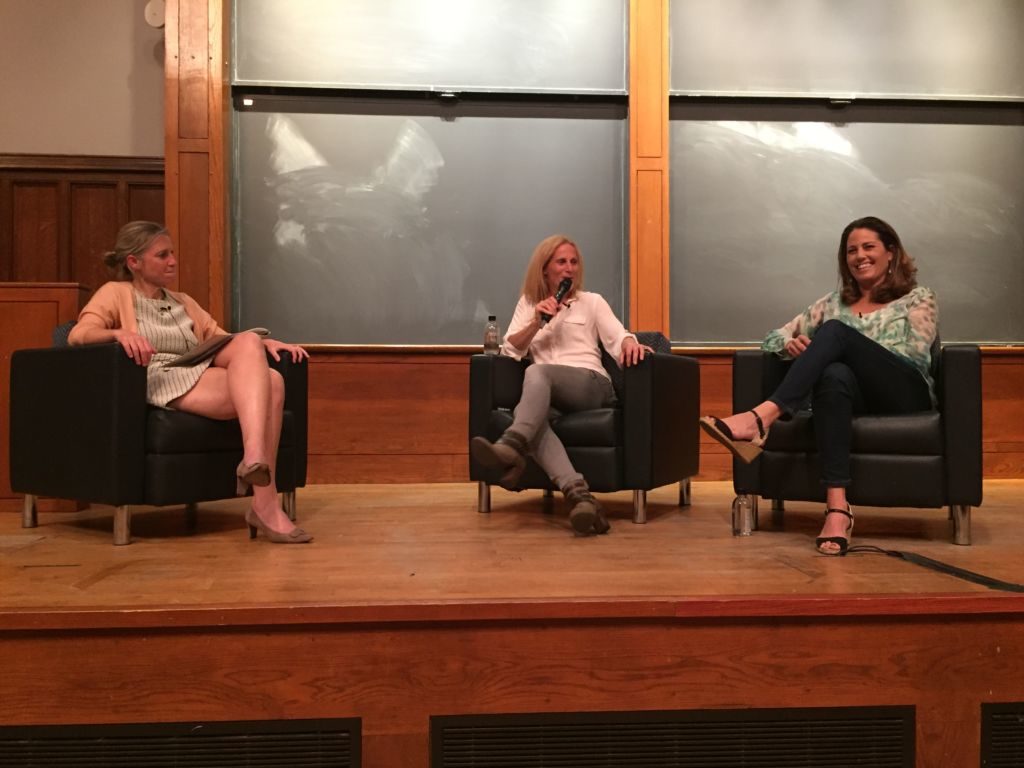 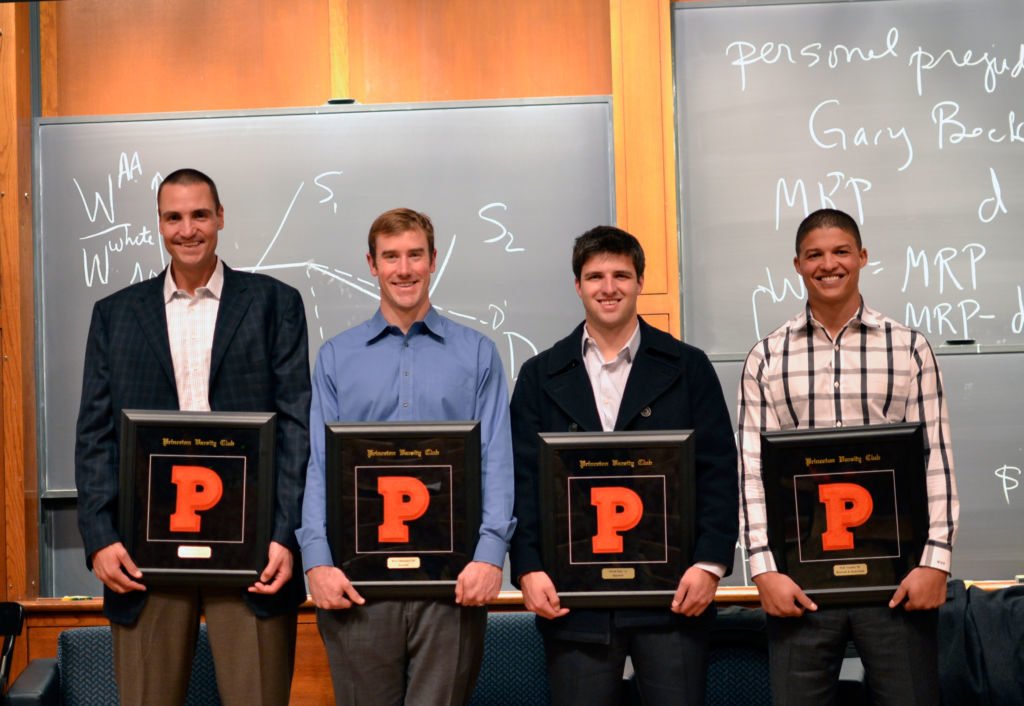