PVC On the Road at the Final Four 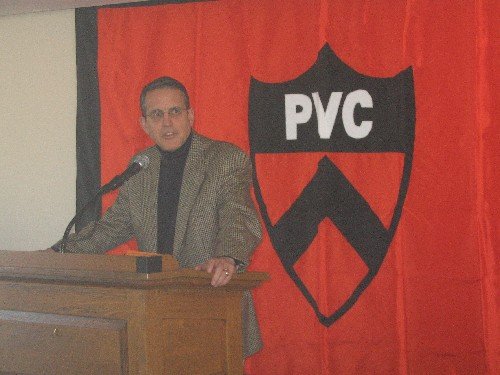 Princeton Varsity Club members were invited to join Director of Athletics Gary Walters ’67, the Chair of the NCAA Division I Men’s Basketball Committee, for a luncheon at the Final Four in San Antonio.

Director of Athletics Gary Walters ’67 hosted members of the Princeton University family at a luncheon in San Antonio during the activities surrounding the Men’s Final Four. Walters, served as chair of the NCAA Committee responsible for selecting, seeding and bracketing the 65 teams in the tournament as well as administering the Final Four in 2007. Walters was joined on the program by Sydney Johnson ’97, head men’s basketball coach.