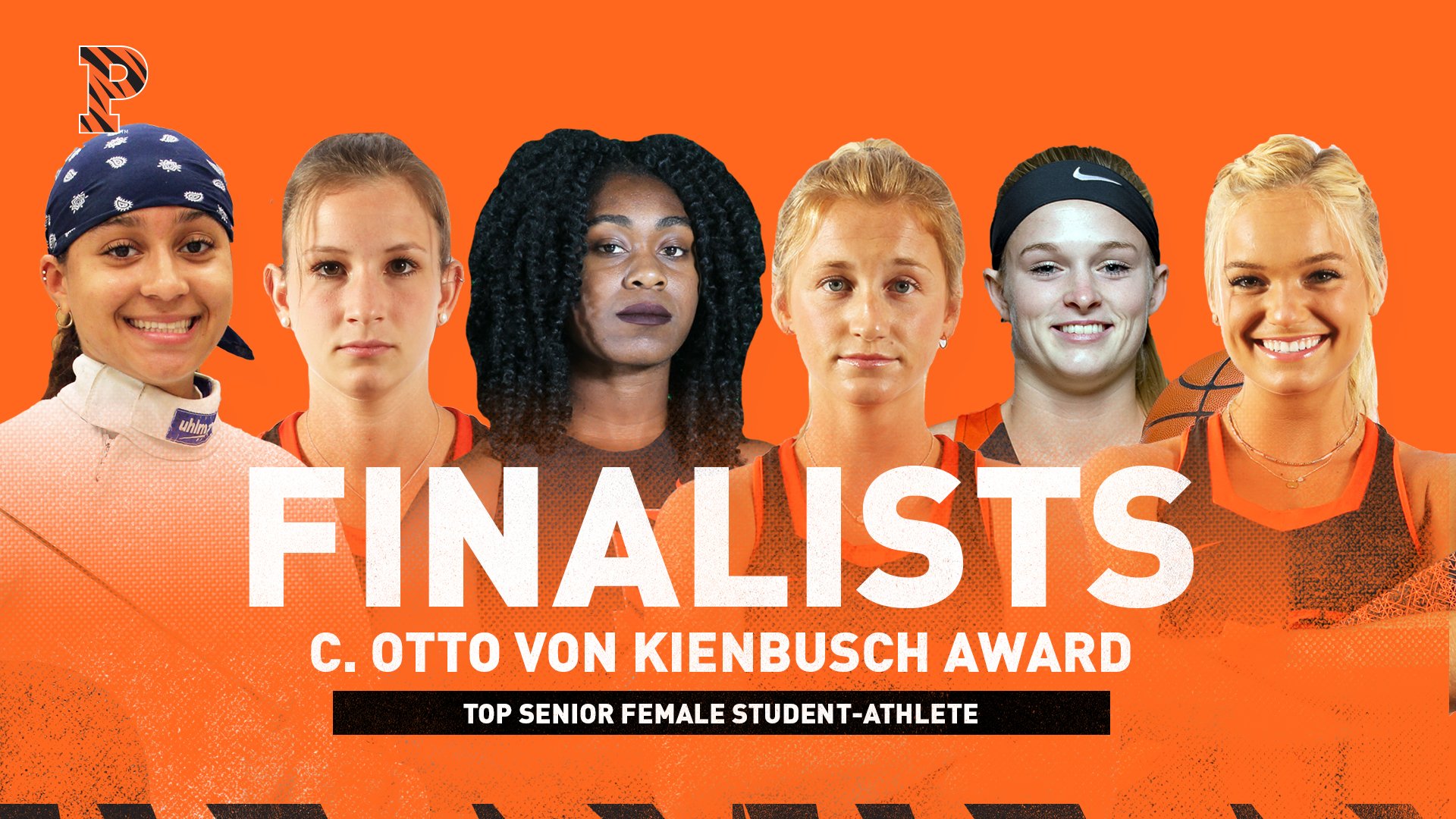 Six Princeton student-athletes have been named finalists for the 2021 C. Otto von Kienbsuch Award, which is awarded annually to a Princeton senior woman of high scholastic rank who has demonstrated general proficiency in athletics and the qualities of a true sportswoman. Presented in memory of C. Otto v. Kienbusch ’06, friend and benefactor of women’s athletics at Princeton.

The C. Otto von Kienbusch Award will be presented at the virtual Gary Walters ’67 Princeton Varsity Club Awards Banquet on Thursday, May 13th starting at 8:00 p.m. EST. For more information on the 2021 banquet, click here.

Obiageri Amaechi, the outdoor school record holder in the discus, was a first-team All-America honoree in 2018 and is a two-time NCAA Championships qualifier for women’s track and field. The Ivy League outdoor champion in discus in 2019, she was also Ivy League outdoor runner-up in 2018 and indoor runner-up in the shot put in 2019, an event she holds a program all-time top-five mark in. Amaechi was also a two-time USTFCCCA All-Academic selection. Amaechi is a Psychology major from San Francisco, California.

Maddie Bacskai graduates from Princeton as a three-time captain of the field hockey team, with three Final Four trips and a pair of Ivy League titles. Bacskai made an impact as soon as she stepped on the field as a freshman, earning first-team All-Ivy honors as the Tigers secured an at-large bid to the national tournament and eventually reaching the national semifinals. The 2017 season was a banner year for Bacskai as she was named first-team All-America while also collecting Ivy Defensive Player of the Year and first-team All-Ivy selections. As a junior, Bacskai nabbed All-Region and a third straight first-team All-Ivy selection. She scored two game-winners in the NCAA Tournament including one over No. 6 Harvard in the NCAA Quarterfinals. Bacskai missed the 2019 campaign because of an injury but was still named captain. Bacskai is a Public and International Affairs Major from Berwyn, Pa.

Carlie Littlefield graduates with a lot of hardware from her time with the women’s basketball program. She was part of three Ivy League championship runs and two Ivy Tournament championships, earning two first-team All-Ivy selections and joining the 1,000-point club. During her junior season, Littlefield was the starting point guard for a team that finished the season at 26-1 and on a 22-game winning streak. Princeton also had the No. 9 NCAA RPI, the highest in Ivy history. Littlefield was a unanimous first-team All-Ivy selection after leading the team in assists and ranking in the conference’s Top-10 in seven different categories. Littlefield was impressive as a sophomore, improving her totals in six different offensive marks on her way to first-team All-Ivy laurels. She also picked up Ivy All-Tournament Team honors as Princeton defeated Penn in the Ivy Tournament Final to secure the conference’s NCAA bid. Littlefield is an Economics Major from Waukee, Iowa.

The fourth woman to win a NCAA individual fencing championship for Princeton, Kasia Nixon won the 2018 NCAA épée title in a year that saw her earn first-team All-Ivy recognition and the Ivy League épée title, as well as earn Academic All-Ivy League recognition. The following year, Nixon won first-team All-Ivy League again and was the Ivy League weapon champion for the second year in a row, the first and still only back-to-back weapon champion in women’s épée since the Ivy began naming a weapon champ in 2015. Nixon’s Ivy weapon championships were the third and fourth of five women’s épée weapons titles Princeton fencers have won in the six years the honor was given. A politics major from Los Angeles, Nixon’s senior thesis was titled, Transforming Crimea: Russia’s Territorial Incorporation of the Crimean Peninsula.

Clara Roth is a two-time All-American field hockey player who also earned three All-Ivy and All-Region selections as a Princeton Tiger. During her stellar junior season which saw the Tigers reach the national championship game, Roth was named a Honda Sport Award Finalist, first-team All-America, Regional Player of the Year and first-team All-Ivy. She led all Ivy players in points and goals-per-game as she set career highs in both categories. As a sophomore, Roth collected her first All-America selection after being named the Ivy Offensive Player of the Year. She led the squad in goals, more than doubling her total from the year prior, and points. Roth is one of only 11 players in Princeton Field Hockey history to record 100 career points, nabbing 35 goals, 31 assists. Her 31 helpers are tied for seventh all-time. Roth is an Architecture major from Schwetzingen, Germany.

Julianna Tornetta is a two-time All-American for field hockey, adding three All-Region and three first-team All-Ivy credits to her resume as a Tiger. Tornetta stepped up her game in the postseason as she earned two NCAA Final Four All-Tournament selections. She scored the game-winning goals in the 2019 NCAA Semifinals vs. No. 4 Virginia and the 2018 NCAA Quarterfinals vs. No. 6 Harvard. Tornetta finishes at Princeton with 18 goals, 33 assists and 69 career points. Her 33 helpers are sixth all-time. Tornetta is a history major from Plymouth Meeting, Pa. 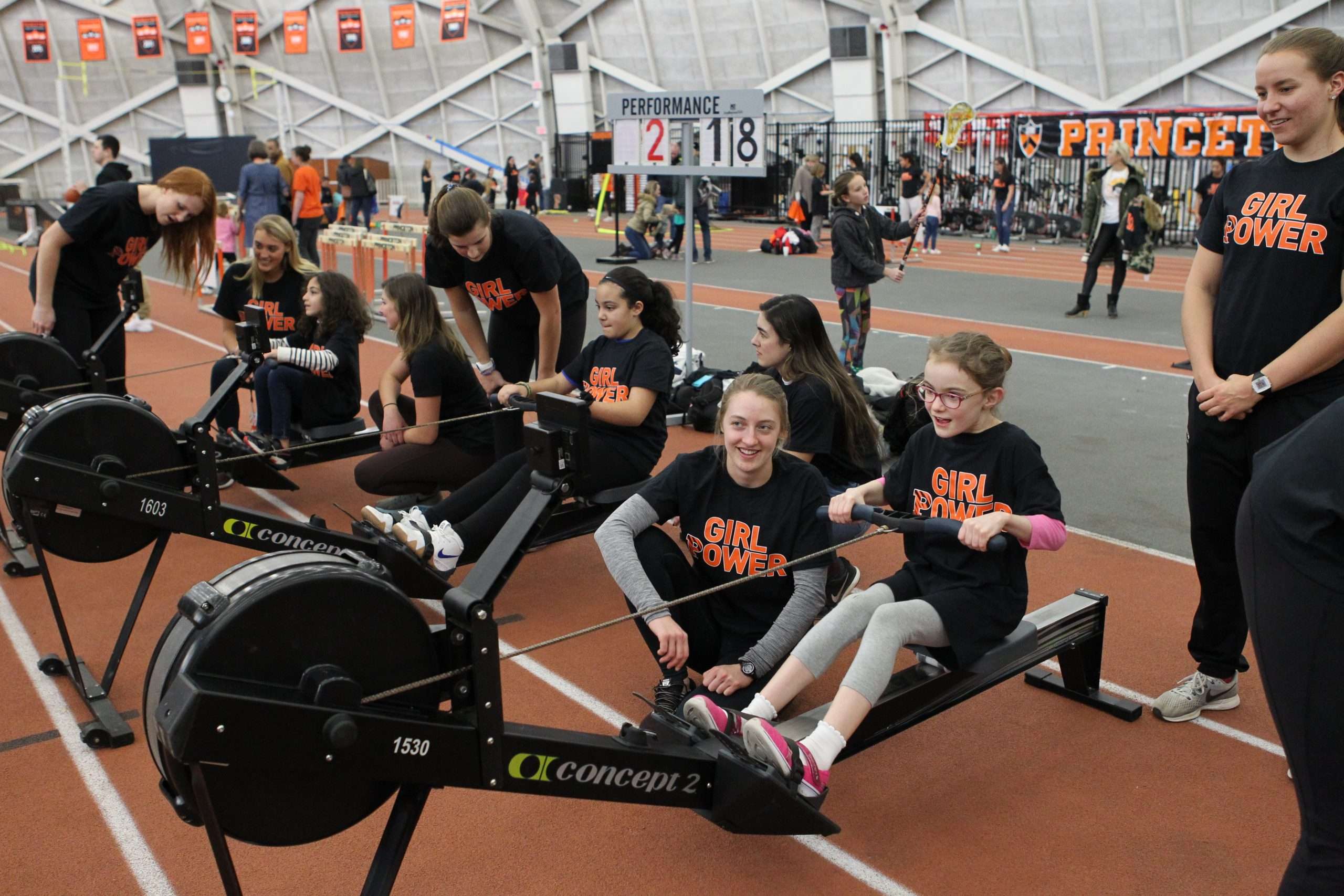 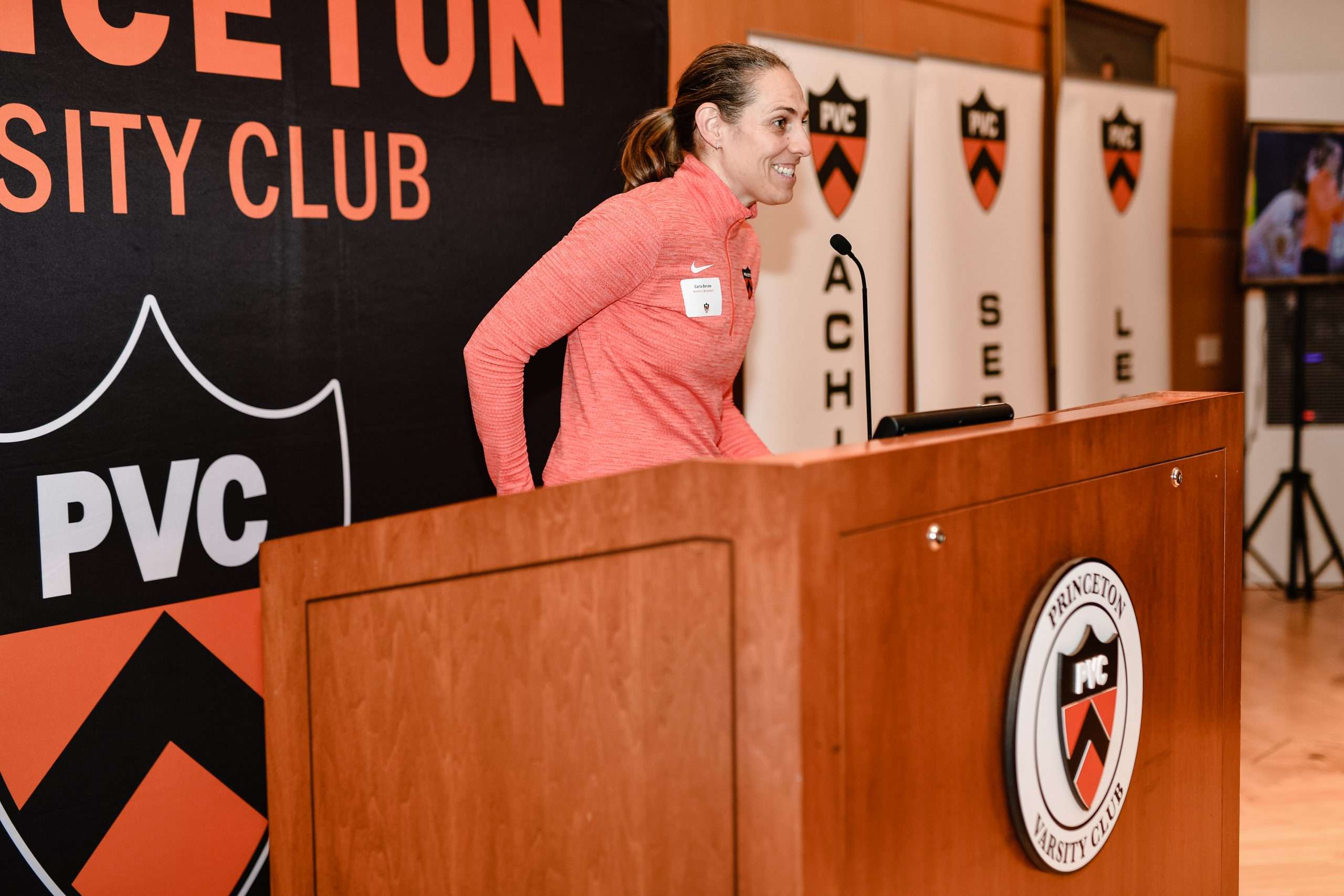 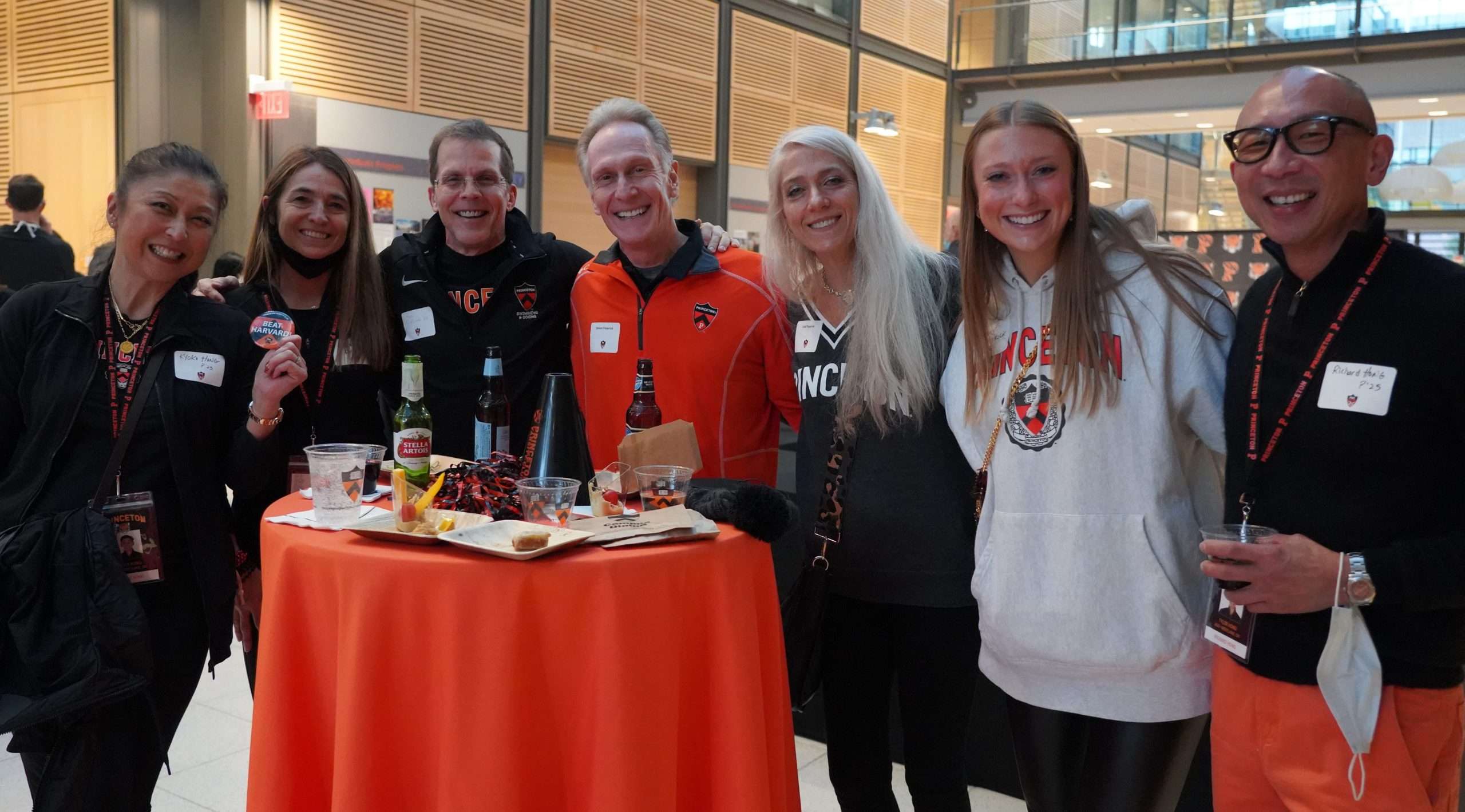