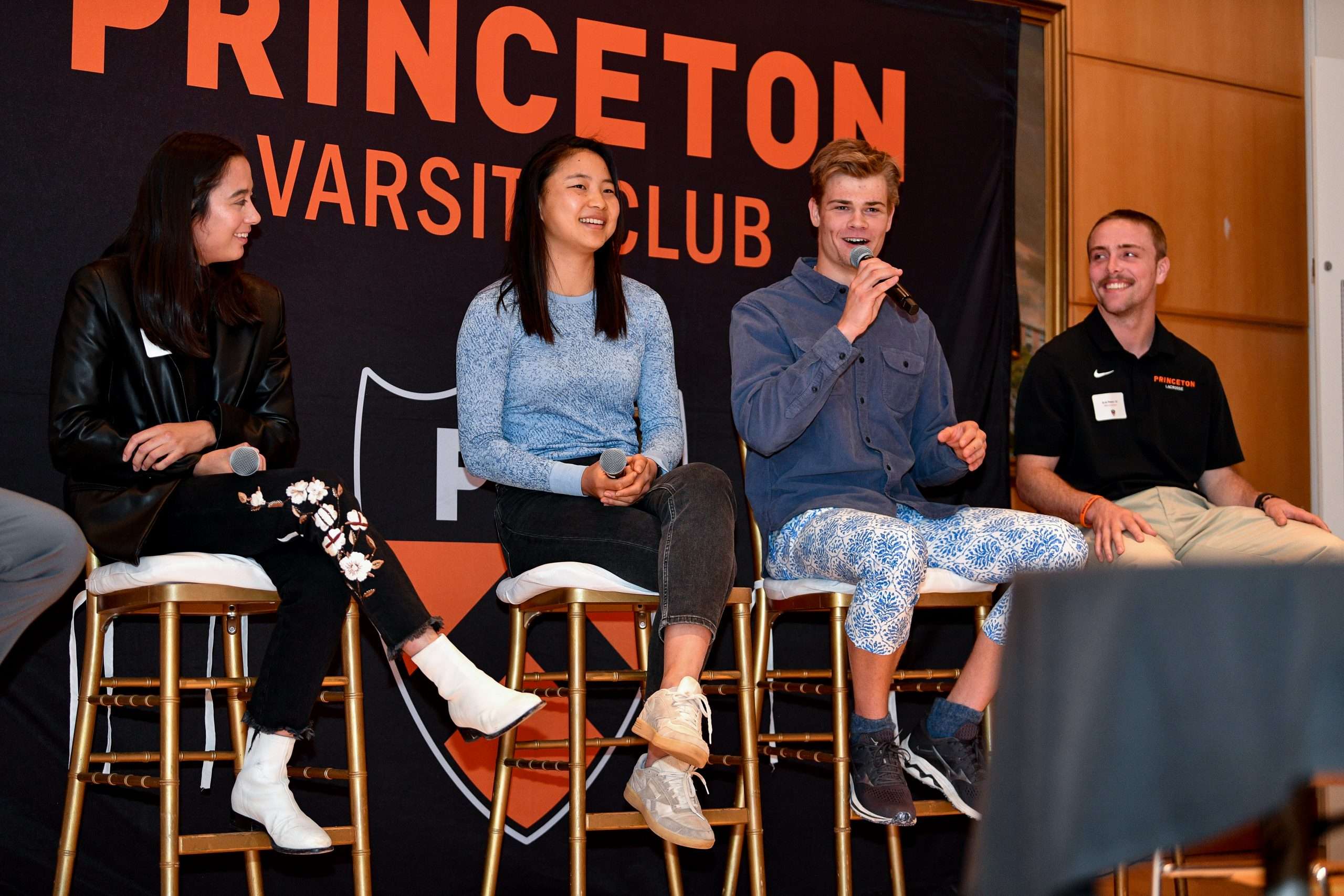 After a two year wait, Princeton Varsity Club members came together with Corporate Partners and members of the Princeton Athletics “Team Around the Team” to celebrate the return of competition among the spring athletic programs at Princeton. The PVC Spring Coaches Luncheon honored varsity teams on April 19th at the Friend Center on Princeton’s campus.

The Tiger head coaches also expressed their gratitude to PVC supporters which can be heard in the video below.

The four featured spring programs were also represented by a student-athlete leader, who shared perspectives on their time as a Princeton student-athlete, and how their experiences have been shaped by the Department of Athletics’ pillars of Achieve, Serve, Lead and Education Through Athletics.

The luncheon also celebrated Nathan Phelps ’23 (men’s heavyweight rowing) and Serena Starks ’23 (softball), who were recognized as recipients of the PNC Bank Student-Athlete Achiever Award for the spring season. This award recognizes achievement across academics, athletics and community service and engagement.

Click here for the full feature of this season’s Achiever Award recipients.