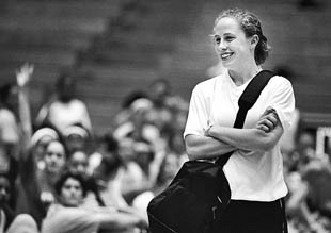 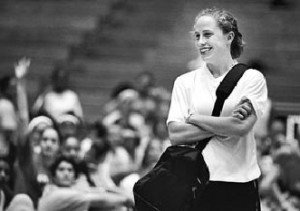 During my playing career, I had a rather simple view of the student-athlete experience at Princeton – we worked hard, played hard and had a tremendous sense of pride in both our academic and athletic accomplishments. Now, having worked for six years and recently completed the business school application process, I have a much more evolved perspective on what it takes to be a successful student-athlete and how critical those four years are in the early development of management and other skills.

Looking back, it wasn’t until I began my softball career at Princeton that I had my first real introduction to management and leadership. Like many of my teammates, I had always been among the most dedicated, driven and talented members of the high school teams on which I had played. I was able to be a natural leader relying solely on instinct. However, leading a group of bright minds, gifted athletes and diverse personalities like the ones I encountered at Princeton was an entirely new challenge that would require considerable growth. During my first year and the three that followed, I got a priceless education in managing myself and my peers (among other things), that served as the foundation for my subsequent experiences in the business world. One of the most important lessons that I learned was that in order to be effective, one needs to be comfortable using a variety of leadership styles. Flexibility is critical to achieving desired results since each person’s skill set, motivation, commitment and psyche can be very different at any given time. That couldn’t have been truer for our team which had talented rookies trying to break into the lineup, disgruntled seniors sitting the bench, injured players rehabbing, superstars battling personal problems and a number of other players riding streaks, fighting slumps or otherwise contributing to the mix. The experience of leading and being led during those years helped me realize that each unique situation requires very different stimulus (e.g. support for teammates with personal problems, direction for talented rookies and coaching for those battling slumps). It taught me the importance of flexibility and prepared me for the challenges of managing a diverse team of people in the workplace. In fact, a description of my direct reports from the last few years would not be all that different from those above and in many cases, the same exact lessons applied.

Beyond my introduction to leadership methods, my time as a Princeton student-athlete also provided me with an appreciation for relationship building, teamwork and compromise. It took a lot more than batting practice and fielding drills to achieve personal and team success in such a high pressure environment. It required familiarity, camaraderie, confidence and trust, which were all built during the countless hours spent together on and off the field. Those personal relationships were almost certainly a catalyst for our success whether we were communicating on the game winning play or making decisions that would impact the well-being of the team. The same can be said in business where creating a positive and productive work environment is often determined by a willingness to consider diverse viewpoints and build positive relationships. The most successful groups I’ve been a part of in both sports and work have been the ones that had that an intangible connection between group members.