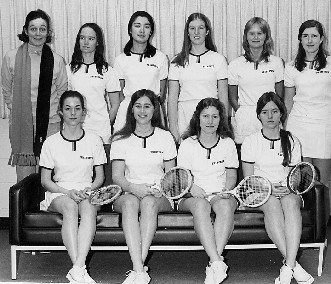 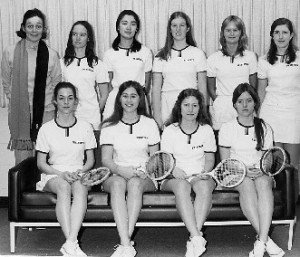 I had come to Princeton for two very different reasons. First, I was an activist vehemently opposed to the war in Vietnam and Princeton was the national hotbed of the anti-war movement. I wanted to acquire the skills to save the world and to learn civil disobedience by studying at the Woodrow Wilson School. Secondly, I wanted to play squash in the newly built and magnificent Jadwin Gymnasium. Oh, and of course, the gender ration had also been a very powerful drawing card.
Princeton’s master plan for co edifying the main campus was brilliant. They knew that the quickest way to win the hearts of its all male alumni was to create some winning women’s athletic teams…and that is what happened in field hockey, tennis, swimming, crew, and my sport, squash. They alums just loved us. They worshipped us. We wanted to win for them, to show them that we deserved to be here and to defend the honor of “Old Nassau.” It was a relationship of mutual adoration.
We, the “coeds” understood that we were modern day pioneers invited into these hallowed halls to change forever the face of this great institution. It was a uniquely challenging, fun and rewarding adventure…In our precepts help in those beautiful rooms with the gigantic fireplaces, the carved wood engravings…we’d respectfully inform our professors that we were not Mr. Zaharko but Miss Zaharko. When we spoke in those all male precepts it was as if we were speaking for all women kind. And I remember signing the honor code as a “gentlelady” rather than as a gentleman.
The athletic environment was virgin turf. Jadwin Gym had no female locker room so we created our own on C Level at the far end of the squash courts… There was one time when I needed some physical therapy, and at the appointed time, I was led down a long dark hallway to Caldwell Fieldhouse. A whistle was blown and a warning was given…Coed arriving! Everyone out of the showers, dress, and get out!” It was hilarious as white towels with very hairy legs ran for cover.
We ere very political about issues affecting women athletes as Title IX would not become law for another three years. With the help and unwavering support of the administration, trustees, alumni and coaches we together navigated this new terrain and created an exhilarating and successful environment that nurtured our growth as student-athletes.
And how fortunate I was to have been a part of it!