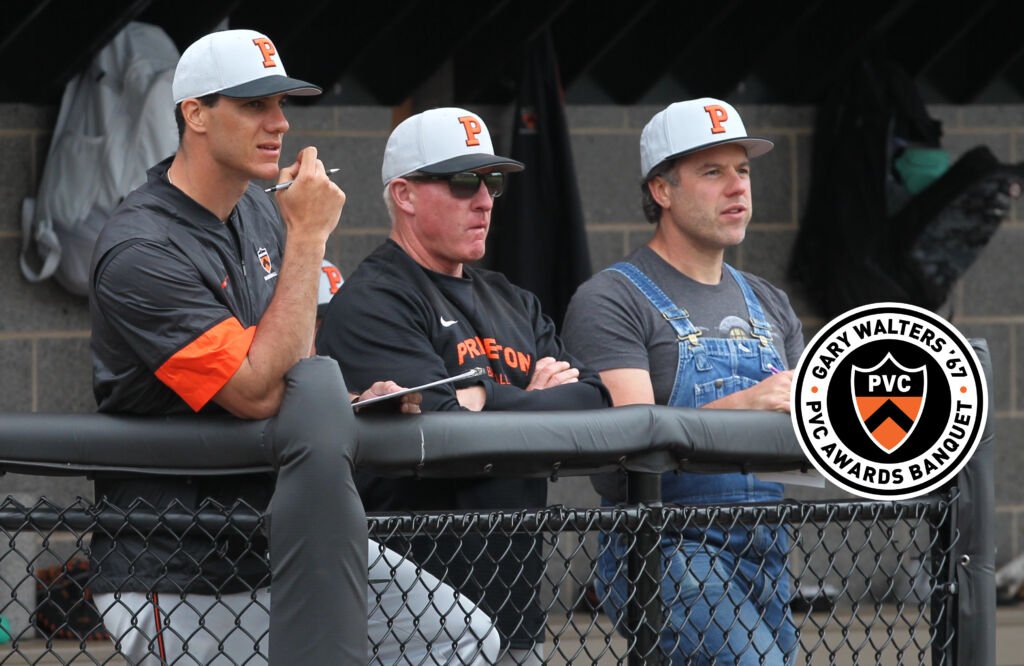 Professor Adam Maloof, a long-time Athletics Fellow for Princeton baseball and Chair of the Faculty Advisory Committee on Athletics and Campus Recreation (FACA), has been named the recipient of the 2021 Marvin Bressler Award. The award is presented to that member of the Princeton family who, through heartfelt support of the University’s student-athletes and coaches, best embodies a belief in the lifelong lessons taught by competition and athletics as a complement to the overall educational mission.

The Marvin Bressler Award is awarded in the spirit of Marvin Bressler, professor of sociology, 1963-94, and presented annually as part of the Gary Walters ’67 PVC Awards Banquet. This year’s banquet will be held virtually this Thursday, May 13th at 8:00 p.m. ET. For more information on how to view the ceremony, click here.

Maloof is a Professor in the Department of Geosciences whose research focuses on decoding records of Earth’s history that shed light on the origins of animals and the evolution of Earth’s climate and geography. Maloof, who has taught at Princeton since 2006, founded the Princeton Grinder Lab, which is investigating the three-dimensional nature of objects and structures at the millimeter to micron scale using an automated serial grinding and imaging system known as GIRI. During his time at Princeton, Maloof has been awarded a James B. Macelwane Medal in recognition of “significant contributions to Earth and space science.” He was also selected as an Alfred P. Sloan Fellow, an honor chosen, “on the basis of their independent research accomplishments, creativity and potential to become leaders in the scientific community.”

Maloof has been an Athletics Fellow for the baseball program since 2012. A former collegiate baseball player, Maloof can often be spotted taking in games or practices from Clarke Field or supporting the Tigers on the road. In addition to his academic support role as a Fellow, he has served as a thesis advisor to several baseball student-athletes over the years, including 2016 Ivy League Pitcher of the Year Chad Powers ’17. Maloof has been a member of FACA for several years, serving as the Chairperson for the past two years. In this role he works directly with Ford Family Director of Athletics, Mollie Marcoux Samaan ’91, to enhance the athletic-academic integration at Princeton.

Maloof graduated from Carleton College with a degree in Geology. He played baseball at Carleton, followed by a season with the Dundas Dukes (unaffiliated amateur ball). Maloof earned his Ph.D. in Earth and Planetary Sciences from Harvard in 2004.