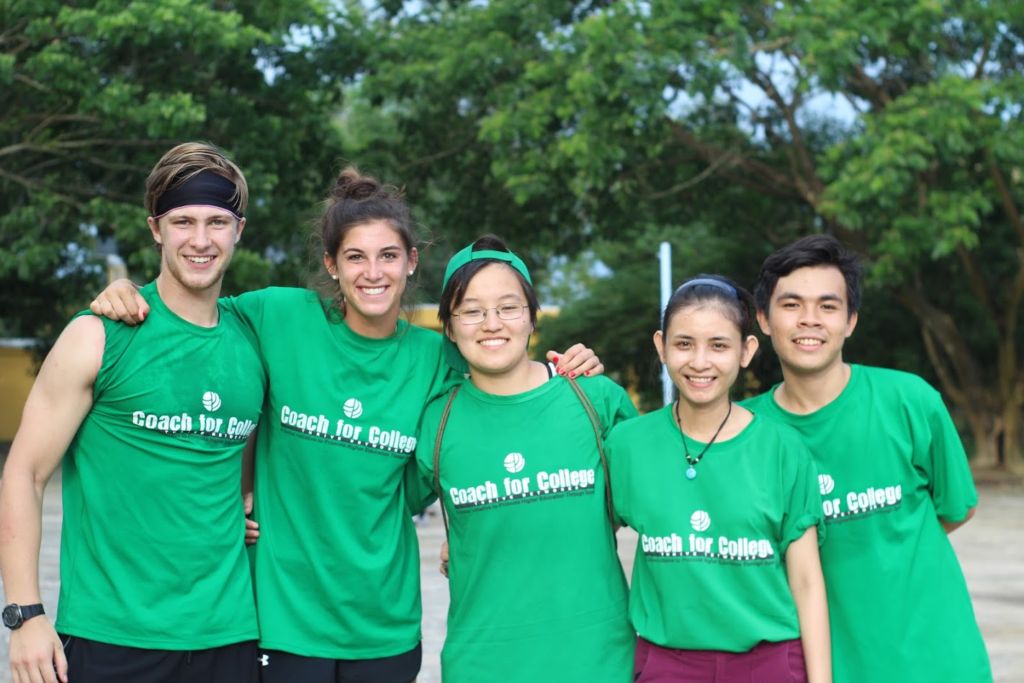 During the summer of 2016, seven Princeton student-athletes were selected to travel to the Hau Giang Province in southern Vietnam to volunteer for Coach for College, a global initiative aimed at promoting higher education through sports. These student-athletes taught academics, sports and life skills over the course of three weeks to disadvantaged youth at various Secondary Schools. The Princeton Varsity Club provided funding for the majority of the necessary expenses associated with the charitable service trip, with the remainder of the funds being raised by the individual participants. The PVC sat down with each student-athlete to learn more about their educational experience this summer.

Our second conversation is with Max Schwegman ’18, a member of the Princeton track & field team who traveled to the Hau Giang Province, in the Mekong Delta Region of southern Vietnam. 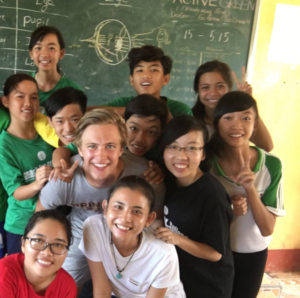 What were your expectations for the trip after you learned you had been selected to represent Princeton University?

After learning that I had been selected to represent Princeton, I wasn’t really sure what to expect! My teammates who had previously participated in the program suggested that I prepare for lots of bugs, along with difficult goodbyes when it came time to leave… But in general, I tried not to set any expectations; I focused on going in with an open mind.

How did the language barrier affect your teaching/coaching strategies?

The language barrier turned out to be less of an issue than I had expected. It certainly forced me to slow down my manner of speaking so that the translators could properly convey my instruction, and I had to eliminate a few of the rules of baseball so as to simplify the game for the kids (and the Vietnamese coaches/translators as well, as they were entirely unfamiliar with the game)… But this didn’t prevent me from forming close bonds with the kids. Even if they couldn’t understand me directly, they still understood when I was acting silly, or making a face, or goofing around; I found that I could still make them laugh and smile without any need for language.

Can you tell us what a typical day was like?

The days were really long! We would often wake up at 5:00 a.m. to run or work out; then we would shower, eat and be at school and starting camp by 7:00 a.m. In the morning we worked with ninth graders, and the progression was as such: sport 1, academic 1, sport 2, academic 2, life skills, team bonding. This morning session ended at 11:30 a.m., after which we would head back to the guest house, eat lunch, nap and return for the afternoon session (eighth graders) starting at 1:30 p.m. and ending at 5:30 p.m. Each class was 40 minutes, and bonding was 15 minutes. On a given day, we only taught half of the kids – and the following day we would teach the other half. After camp, we would return, eat dinner, plan our lessons for the following day, maybe do laundry or tell stories… It varied in the evenings. However, we were almost always in bed no later than 10:00 p.m. because we were so exhausted from the day!

What is your favorite memory of the trip?

After one of the competition days, there was an eighth grade boy off to the side of the group; he was in tears because he could not hit a baseball, and some of his guy teammates had made fun of him. I just kind of sat there with an arm around him, wishing I could do more as one of the Vietnamese coaches tried to verbally console him — but I couldn’t communicate. However, the following week, I pulled him aside and worked 1 on 1 with him to improve his swing. That morning, the kids had a hitting competition to see who could hit the ball the furthest. He stepped up to the plate, and I could feel goosebumps on my skin as the pitch was tossed to him… and he cocked his shoulders back and absolutely crushed the ball. He won the competition by a landslide. The ear-to-ear smile he shot me as he ran to retrieve his ball was the most powerful moment I felt during the trip, and probably my favorite memory as well.

What was the funniest thing that happened?

During one of the baseball competitions (during which coaches usually pitched), our pitcher Meg got hit in the leg really hard by a ball coming off of the bat. She had gotten hit by a lot of whiffle balls throughout the trip — but by a stroke of luck, one of the other coaches happened to catch this one on a slow motion camera. I can’t describe the experience in words, but I don’t think the entire group laughed as hard at any point as we did watching that video on loop.

How have you changed as a result of participating in Coach for College?

I have really come to a deeper understanding of myself and my values as a result of my participation in Coach for College, and I really hope I will have the opportunity to return as a director in one of the next two summers. I feel more aware of what’s going on in the world around me, and I have learned how to cautiously but with charisma embrace and learn the ways of another culture — which I consider to be invaluable.

What is the most important thing you learn/realized from this opportunity?

I think the most important worldly lesson that I have learned relates back to that which I found to be the most surprising difference between the States and Vietnam: a general sense of fulfillment. One day, we were going around and visiting the kids’ homes — and they were SO excited and SO proud to show us where they lived; they were incredibly proud of what their family had built and to be a part of it. That truly taught me that happiness is comparative. Since returning from Vietnam, I find myself making a conscious effort not to compare myself to the people around me, and I have found that even in the short weeks I’ve been back, I have a much more positive outlook as I go about my days.

What would your advice be to current Princeton undergraduates about participating in this program?

I think it is one of the most worthwhile experiences you could pursue; it’s truly a once-in-a-lifetime chance, and I know anybody on my trip or any other trip would tell you the same. Keep an open mind for new and sometimes uncomfortable experiences, and you’ll regret nothing.

To see more photos from our student-athletes’ experiences in Vietnam, click here.