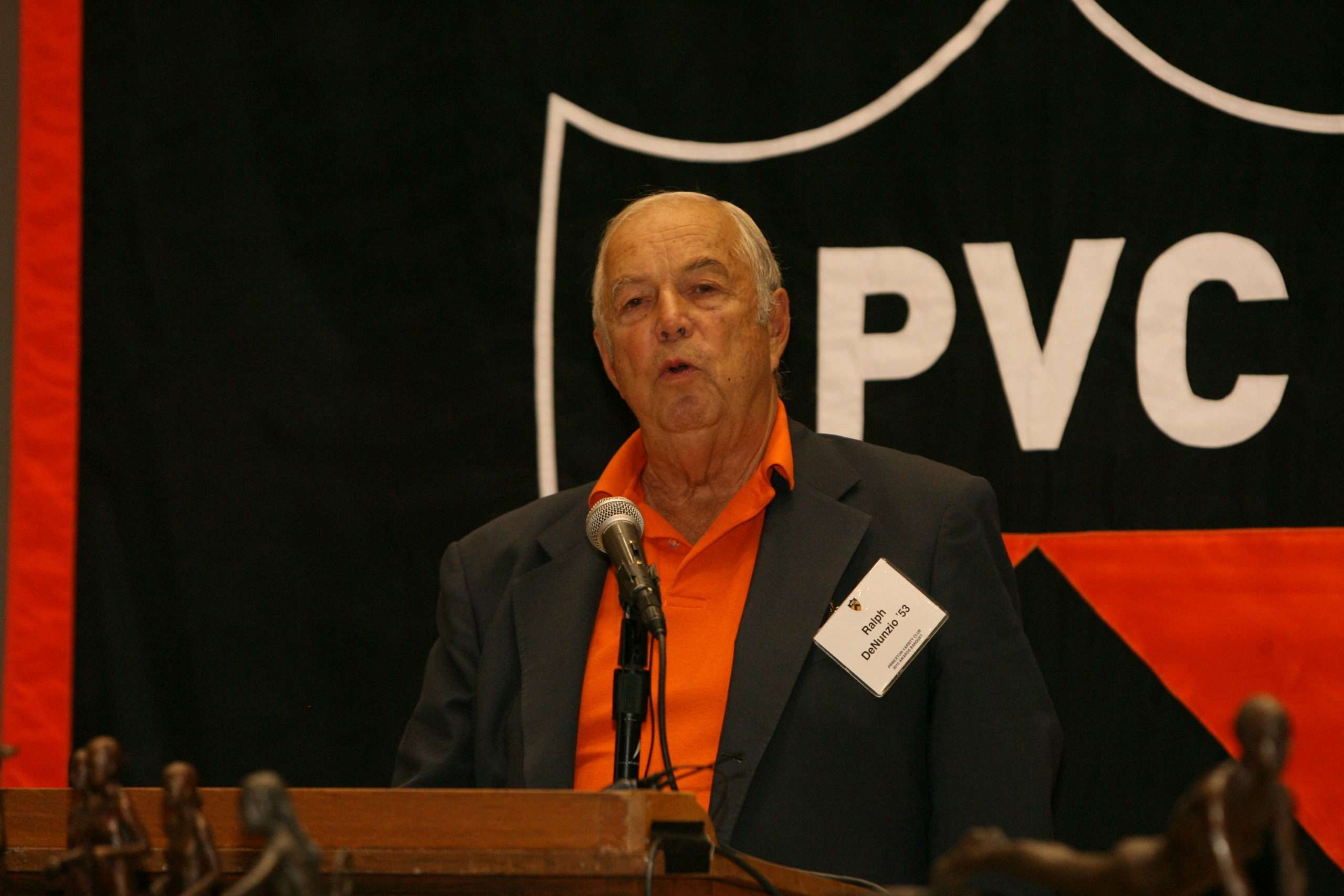 “Ralph DeNunzio stands among the giants in the history of Princeton Athletics,” shared Ford Family Director of Athletics John Mack ’00.  “Few people have done more to advance our mission of Education Through Athletics. Ralph was a consummate gentleman and a devoted alum, whose life exemplified what it means to be in the nation’s service, and in the service of humanity. We owe him an immense debt of gratitude and he will be sorely missed.”

His long connection and commitment to Princeton Athletics began when he called football, basketball and baseball games for the student station, WPRB. His generosity funded the building of DeNunzio Pool, the home of the Princeton swimming & diving and water polo varsity programs. He worked on the design and building of Princeton Stadium, the home of Princeton football, and whose press box is named in his honor. In recognition of his leadership on the Nike Board of Directors, The Ralph DeNunzio ’53 and Nike Endowment Fund for Princeton Athletics was established in 2012 and provides critical support for many of Princeton’s athletics programs.

“Ralph was always a phenomenal supporter of intercollegiate athletics at Princeton, going back to his undergraduate days as a student announcer leading up to when he was a charter member of the Princeton Varsity Club,” noted Gary Walters ’67, Ford Family Director of Athletics Emeritus.  “For me, his role as a mentor and advisor during my time as athletic director was truly invaluable and his legacy will continue to live on for generations to come.”