Richard Stengel ’77, Roger Gordon ’73, and Neil Pomphrey to be honored at the PVC Awards Banquet 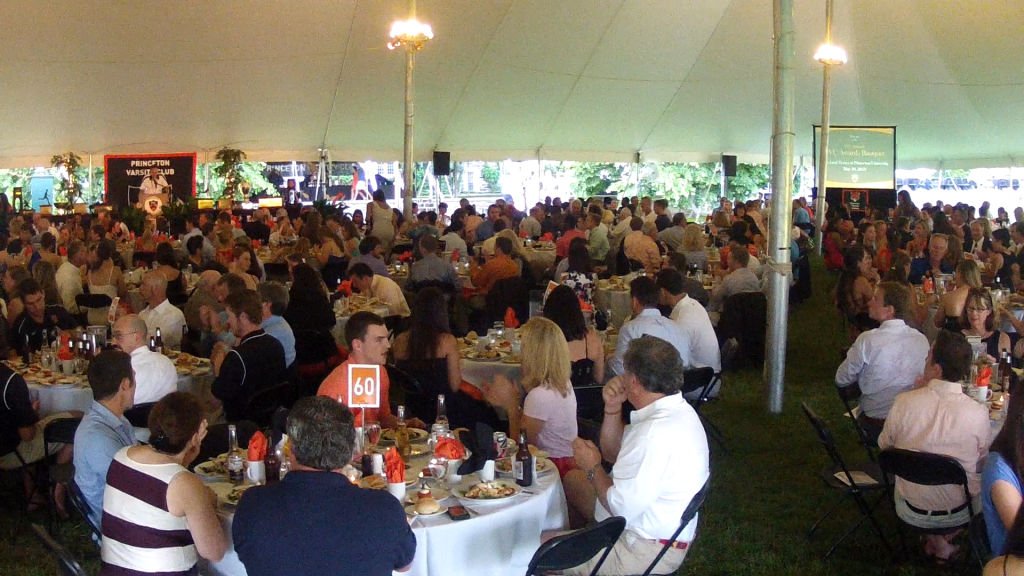 On Thursday, May 29, Richard Stengel ’77, Roger Gordon ’73, and Neil Pomphrey will be honored at the 17th Annual Princeton Varsity Club Awards Banquet. The event will be held the base of Cleveland Tower at Princeton’s Graduate College, beginning at 5 p.m (click here for additional event information).

Neil Pomphrey is this year’s recipient of the Marvin Bressler Award given annually to that member of the Princeton family who, through heartfelt support of the University’s student-athletes and coaches, best embodies a belief that lifelong lessons taught by competition and athletics as a complement to the overall educational mission.

In March of 2012, Neil Pomphrey retired from his position as a Principal Research Physicist in the Fusion Theory Division of the Princeton Plasma Physics Laboratory (PPPL) after 28 years of research. Prior to coming to Princeton Pomphrey was a Research Physicist at the La Jolla Institute in San Diego, California and held Post-doc positions at the University of California-Berkeley and at Queen Mary College, London (England). Pomphrey received his B.Sc in Chemical Physics from Edinburgh University (Scotland) and his PhD from Stirling University (Scotland). Pomphrey has published research in diverse areas of physics including plasma physics, quantum and classical chaos, and oceanography.

Since 1992 he has served as Assistant Coach of the Men’s Squash team at Princeton University, a position he still holds. He has also served in the Princeton Academic-Athletic Fellows program providing mentorship and support to Princeton Squash teams.

Richard Stengel ’77 and Roger Gordon ’73 will both receive the Class of 1967 PVC Citizen-Athlete Award, which is presented by the Princeton Varsity Club for selfless and noble contributions to society.

Prior to assuming this position, Mr. Stengel was the Managing Editor of TIME from 2006 to 2013, which includes print and digital, domestic and international. From 2004 to 2006, he was the President and Chief Executive Officer of the National Constitution Center in Philadelphia. Mr. Stengel was the Ferris Professor of Journalism at Princeton University in 1999.

From 1992 to 1994, Mr. Stengel worked with Nelson Mandela on his autobiography, Long Walk to Freedom, and later served as an associate producer of the 1996 Oscar-nominated documentary, Mandela. Mr. Stengel received an Emmy award in 2012 for his work as executive producer on TIME’s documentary, “Beyond 9/11: Portraits of Resilience.”

Richard Stengel has written for many publications and is the author of several books, including Mandela’s Way and January Sun: One Day, Three Lives, A South African Town. During his career at TIME he also served as the magazine’s national and culture editor and the editor of TIME.com.

Mr. Stengel received a B.A. from Princeton University and studied English and History as a Rhodes Scholar at Christ Church, Oxford.  He lettered in basketball and was a member of the 1975 NIT Championship team.

Gordon is dedicated in his commitment to the community. For the past 43 years, he has served as a youth coach at the Elmwood Park Boys & Girls Club, an organization for which he now resides as President. Gordon is a member of the baseball coaching staff for the Philadelphia Phillies and the Olney Redbirds. Despite these other commitments, his Princeton ties have remained strong. He is currently the Vice President of Friends of Princeton University Basketball, a position he has held since 1975.

Gordon received his J.D. from the Seton Hall University Law Center in 1977. At Princeton University, he received his Bachelor’s Degree in Sociology in 1973 and lettered in basketball.

The PVC Awards Banquet is the year-end, capstone event of the Princeton Varsity Club and celebrates the accomplishments of individual members of the Princeton Athletics community, including senior student-athletes, alumni, friends and staff, as well as the Class of 2014 as a whole