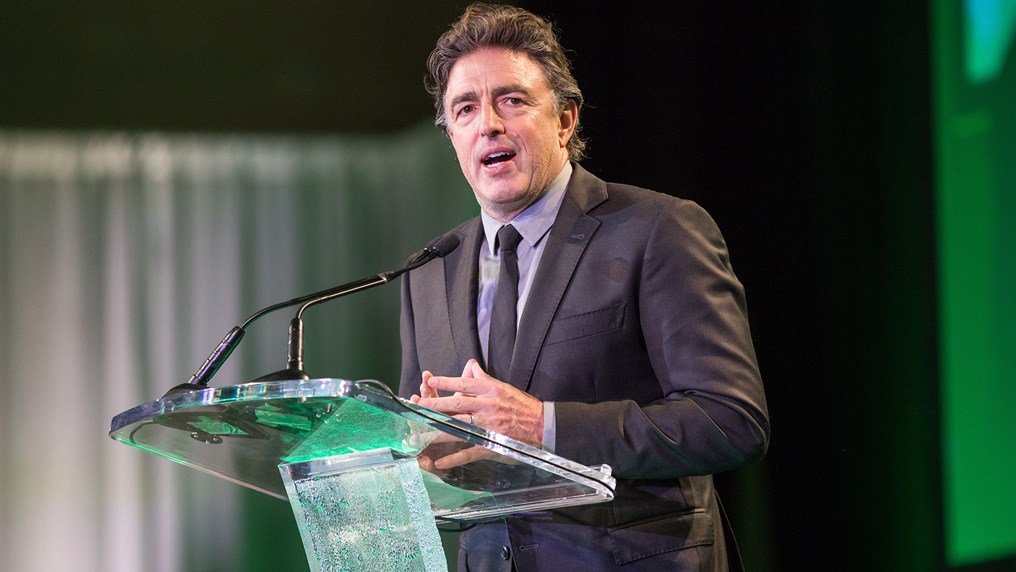 A champion rower for Princeton and a championship owner of the Boston Celtics, Wycliffe “Wyc” Grousbeck ’83 has always pushed forward in the name of achievement and innovation, his passion for supporting a world-class NBA franchise only surpassed by his love for his family and dedication to bettering the lives of others.

His work with the Massachusetts Eye and Ear Infirmary, the Perkins School for the Blind and the Boston Celtics Shamrock Foundation among numerous other charitable endeavors have earned Grousbeck the 2020 Class of 1967 PVC Citizen-Athlete Award, given for meaningful contributions to sport and society.

“Wyc Grousbeck is the embodiment of a “citizen-athlete,” said Ford Family Director of Athletics Mollie Marcoux Samaan ’91. “He has used what he learned as a student-athlete at Princeton to contribute to sport and society in remarkable ways.  His commitment to service is inspiring and we are extremely proud to not only call him a Princeton Athletics alum but to honor him with the Class of 1967 PVC Citizen-Athlete Award.”

In 1983, Grousbeck and the lightweight crew went undefeated en route to an EARC Sprints championship and he twice represented Princeton at the Royal Henley Regatta. The sport of rowing made a lasting impact in Wyc, who has been quoted as listing his coaches at Princeton, Curtis Jordan and Gary Kilpatrick, as some of the most influential people in his life.

“Being an athlete at Princeton changed everything for me,” said Grousbeck. “It taught me that I had another gear inside and it taught me what it meant to be all in.”

Grousbeck has been “all in” with Princeton Rowing ever since.

“Wyc was part of a Golden Era in Princeton Men’s Lightweight Rowing in the early 80s under Gary Kilpatrick. Wyc and his teammates set the bar extremely high—we still try to live up to the standards they set for culture and performance today,” said lightweight rowing head coach Marty Crotty. “Wyc’s impact on Princeton Rowing goes far beyond his years as an undergrad. He has been an incredibly engaged and supportive alum and ambassador of Princeton Rowing. Years ago, Wyc endowed a lightweight rowing shell named “Celtic Pride” which has won numerous Eastern Sprints titles over the years, and we were set to unveil the newest “Celtic Pride” this spring for our 1st Varsity Crew. Our program and the entire Princeton Boathouse would like to congratulate Wyc on this honor and thank him for his incredible support of Princeton Rowing.” 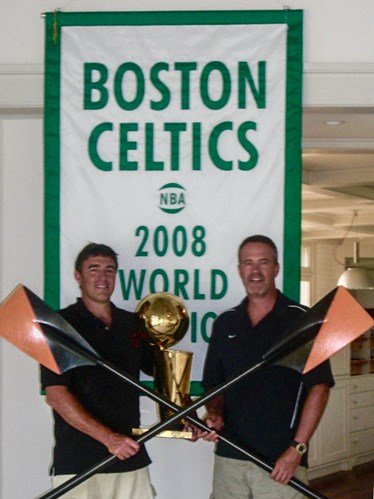 He has been Lead Owner and Governor of the Boston Celtics since he conceived of, and led, the purchase of the team in 2002. He named his group “Banner 17 LLC” to signify his primary goal, the Celtics winning a 17th World Championship. That goal was achieved in 2008, as the Celtics defeated the Lakers by 39 points and became World Champions for the first time in 22 years.

After graduating from Princeton, Wyc earned his law degree from the University of Michigan in 1986 and an MBA from Stanford Business School in 1992.

He serves on the NBA Board of Governors, the boards of Mass General Brigham, NBC Sports Boston, Cinco Spirits Group, and is the Chairman of the Rhodes Scholar Selection Committee for the New England Region. 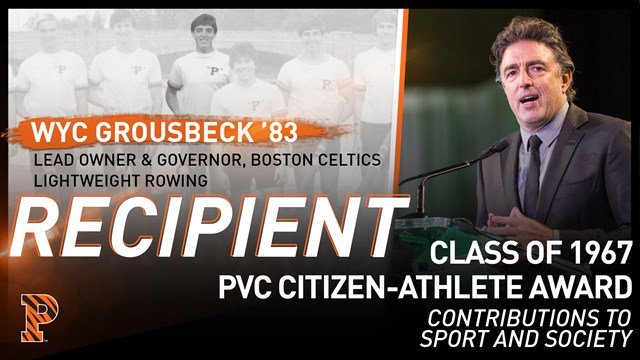